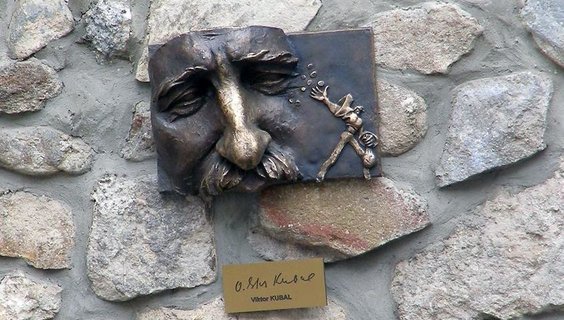 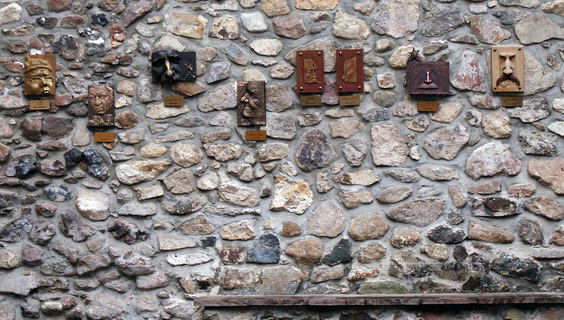 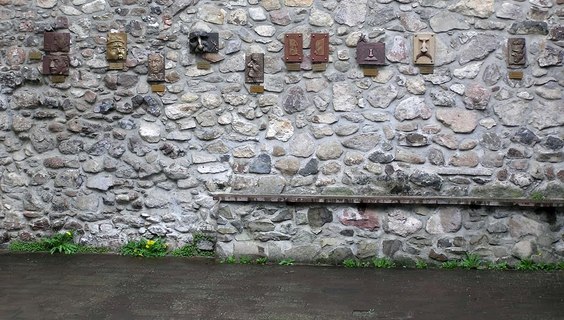 Unique, the only one in the world, full of humor, but also memories - such is the Alley of Famous Noses in Kremnica. It is a reminder that humour and satire have made people laugh and brought them joy, no mourning.

The alley of famous noses is located in the centre of Kremnica above the main square of Štefánik. We can find it more precisely in the courtyard behind Ján Levoslav Bella's house, which also houses the permanent exhibition of the Gýča Museum.

Its history started in 2004 as part of the 24th Humour Festival, the Gags of Kremnica. Since then, the organizers of the festival unveil at each year of the festival a sculpture of the face of a prominent personality - a Slovak artist who, during his life, distributed cheerfulness and good humour.

The first sculpture in the alley was the nose of Julius Satinsky. There are noses and entire faces of, for example, Jaroslav Filip, Stanislav Radič, Marián Kochanský, Katarína Kolníková, Jozef Kroner, Marián Zednikovič and other Slovak personalities.

Alley of famous noses attracts a lot of attention and many visitors come here every year to remember Slovak artists.

You may need some: accommodation Kremnica

Nearby things to do at Alley of Famous Noses

0.0 km
Museum of "Líce a rub peňazí"
Museums and history

The history of money ion the territory of Slovakia is best presented in the Museum of Coins and Medals. It is ocated right in the heart of the mining town of Kremnica.

Probably the most popular winter sport in Slovakia is skiing. Ski enthusiasts include recreational, active as well as professional athletes. That is why skiing in Slovaki...

The year 1710 was a turning point for the free royal mining town of Kremnica. Even the massive stone walls could not stop the uninvited guest arriving on the wings of dea...

The free royal mining town of Kremnica has not lost its historical charm even in today's modern age. It is one of the few cities in Slovakia that has preserved its magnif...

Mint in Kremnica is one of the oldest continuously operating enterprises in the Slovak Republic. Its history began in 1328, when the Kremnica settlement, which grew up ar...

At the foot of the hill of Šturc, which rises near the mining town of Kremnica, there is a beautiful Calvary. The location where Calvary is built is also rare from a natu...

The "Green Path" tourist-educational trail will take you through interesting attractions of forests and meadows near the mining town of Kremnica. It is a trail focusing o...

Kremnica is a city with a rich mining history. If you want to get to know it and discover the hidden treasures of this “golden city”, you have to go to the place where it...