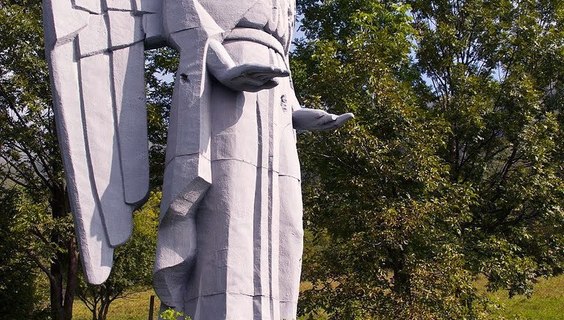 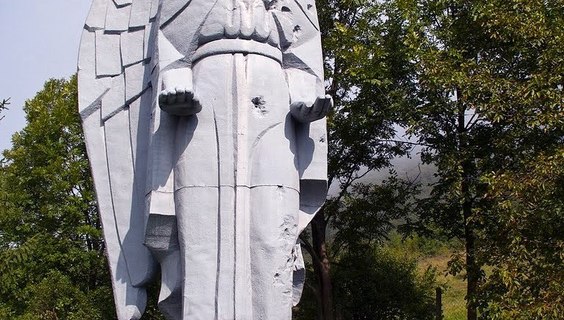 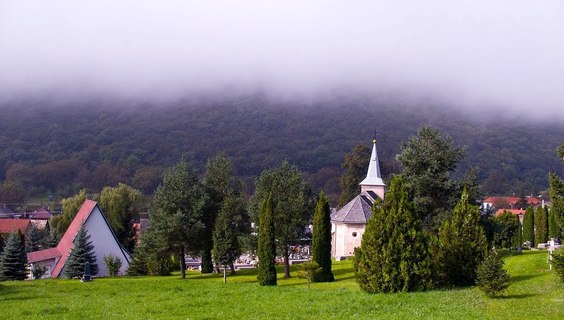 Slovakia and Slovak nature are beautiful and full of charming places, monuments, but also curiosities that you can not find anywhere else in the world. One of them is also located in the village of Háj, specifically in the local cemetery. It is a monumental statue of Angel.

However, it is not just a statue. This one has truly varied and one could say that even the famous history. The Angel statue is actually a prop from the Hollywood film "Behind Enemy Lines", part of which was filmed in the environment of the Slovak Karst.

The statue is 15 meters high and is made of polystyrene, which is coated with laminate. The statue stands at the end of the so-called "Angel Road", which allegedly leads over the village Háj. This statue also contains information boards that will familiarize you not only with the statue itself, but also with the above mentioned action film or other points of interest associated with this statue and the village of Háj.

The statue can be easily reached from the village. You'll be guided without any problems by signposts leading from the village to the local cemetery. It is definitely recommended to combine visiting this film prop with other attractions, tourist sites or landmarks of the surrounding area.

Nearby things to do at Angel statue in Háj

The eastern Slovak town of Medzev and its close surroundings was one of the most productive areas in metal processing in the past. The tradition of ironmongery and smithe...