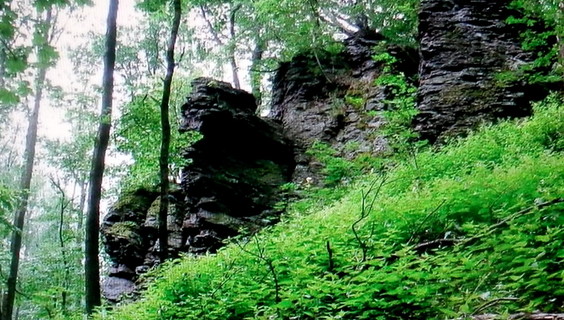 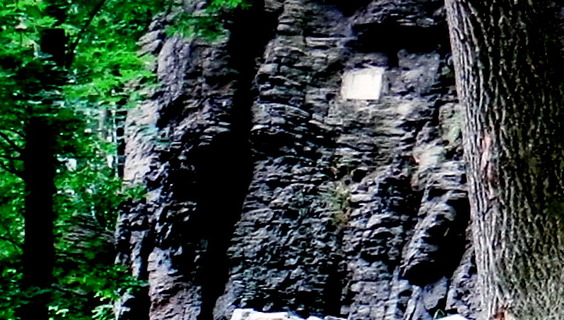 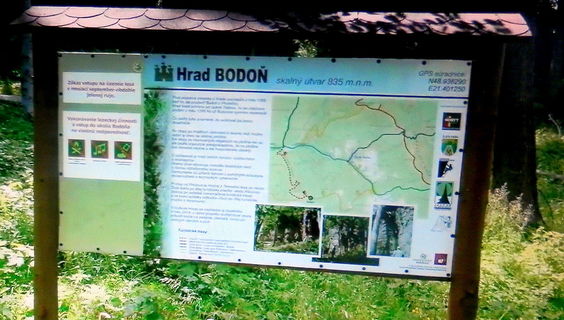 Bodoň are the remains of a castle built on a rocky ground in Sigord. The origin of the castle dates back to the 13th century. After the invasion of the Tatars into the area at the end of the 13th century, it was severely damaged and no longer restored. Thus, the castle probably existed for just a few decades.

At present, there are traces of the castle on the rock plateau, on the edge of which there is a more regular elevation - a trace of the perimeter fortifications. The footsteps of the stone tower are in the highest part of the plateau and its circular plan is still readable today. There are no other traces of masonry objects on the plateau, but apparently there were other wooden residential and farm buildings on the plateau too.

You may need some: accommodation Prešov

Nearby things to do at Bodoň Castle

2.5 km
Voice of the forest - a huge wooden megaphone
Other attractions

Birds singing, tree noise or forest sound. Nature lovers can look forward to this all thanks to a 4-meter wooden megaphone that was installed along the bike path near Pre...

The charming Šimonka Hill is the highest hill in the Slanské Hills. The hill is situated in the national nature reserve with the same name. The subject of protection is t...

Opal mines in the village of Červenica were the only mined site in the world until the discovery of opal deposits in Mexico and Australia in the 19th century. Slovak expe...

Near the town of Prešov, there are embossed remnants of the Zbojnícky Castle (ie Brigand Castle), also called Salt Castle, deep in the dense forests below the Kamenná mas...

The beautiful Slanské Hills offer a varied array of monumental rocky peaks of volcanic origin that you will love at first sight. It also includes the hill of Praporec, wh...

Monumental 80-meter high rocky walls set in a quiet forest environment. This is what describes Hermanovské Rocks, which are part of the largest volcanic mountain range in...

Ivan's Hill is one of the many tourist destinations of visitors to Slanské Hills. This distinctive top is located outside the main ridge and consists of two separate peak...

On a rocky hill rising above the village of Podhradík, there are ruins of Šebeš Castle, whichis known only to a few tourists. The castle was built in the 13th century as ...