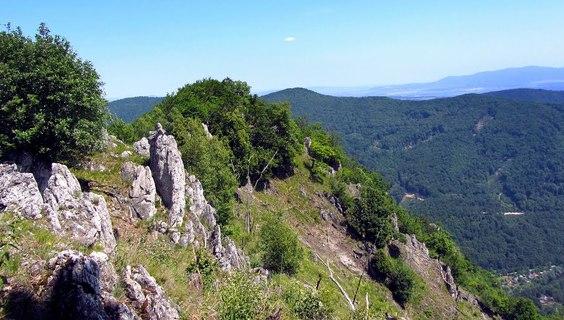 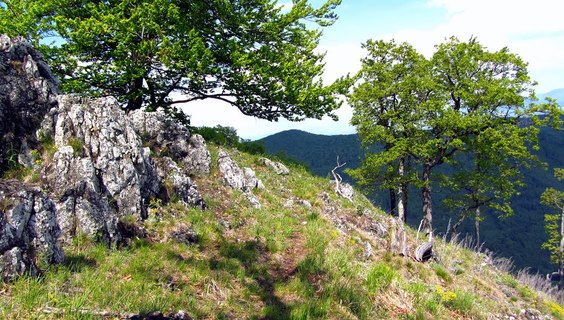 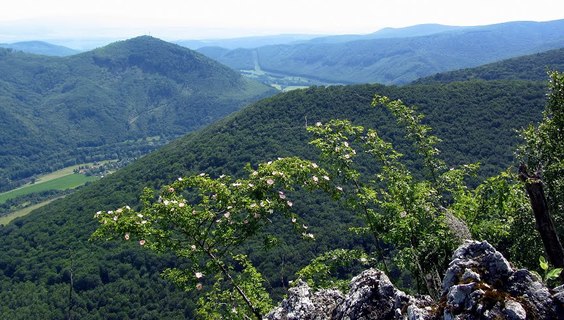 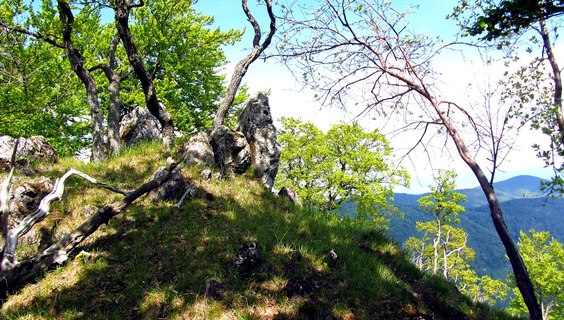 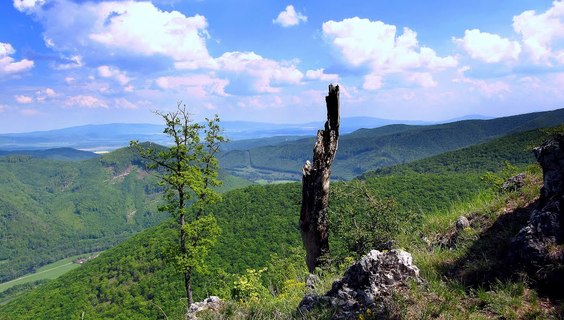 The Ružín Karst is rich in places that could be compared to the natural treasures of the Slovak Paradise by its beauty. These include the massive wooded hill of Bokšov sometimes referred to as the Bokšov Rocks.

They are located near the villages of Malá Lodina and Veľká Lodina. Bokšov is particularly attractive thanks to its interesting limestone cliffs, the so-called rock town located in its top parts.

The very top of Bokšov provides a limited but very nice view of the Sopotnice Hills, the Bujanovské Hills, the Slánske Hills, the Humenec. Not only the views, but also the rock towers, rock needles and other unusual shapes that steeply descend into the Hornádská Valley valley are a must for admiration.   The entire eastern part of Bokšov, the Bokšov rock town, and the adjacent part of the neighbouring hill of Holice are a national nature reserve. There are very rare forest and rock communities.

There is no officially marked hiking trail leading to Bokšov Rocks. You can get here from the village of Malá Lodina through a small valley located between Bokšov Rocks and the Holica Hill.

Nearby things to do at Bokšovské Rocks - 810 m asl

Although Sivec Hill is not one of the highest peaks, it is considered one of the best lookout hills. This limestone ridge, with a significant, sharp rocky cliff and adjac...

The largest city of Eastern Slovakia, Košice, is surrounded by beautiful Slovak Ore Mountains with very attractive localities and many natural beauties. One such location...

Beautiful nature, rugged landscape, tranquility and beautiful views - these are the perfect attributes of the Ružín area and its surroundings, which attract to take small...

The village of Sokoľ is surrounded by an unobtrusive hill Hrádek, which is interesting in terms of history. It is here that the ruins of the medieval castle Sokoľ, which ...

Not far from the village of Kysak, right on the hill with the characteristic name "Hrad" (The Castle), are the ruins of the extinct Kysak Castle. It is a medieval castle,...

Dunite Rockwork is a nature reserve in Sedlice with a rare occurrence of dunite rock (olivinite). This creates conditions for the occurrence of rare plants and animals. I...

About 35 km from the city of Košice, there is a Ružín Dyke lying on the Hornád River - one of the longest and deepest dams in eastern Slovakia. Located in a mountainous v...

Above the eastern Slovakian village of Obišovce, a conical hill called Zámčisko rises. This is the place where a medieval stone castle, from which only the ruins have bee...