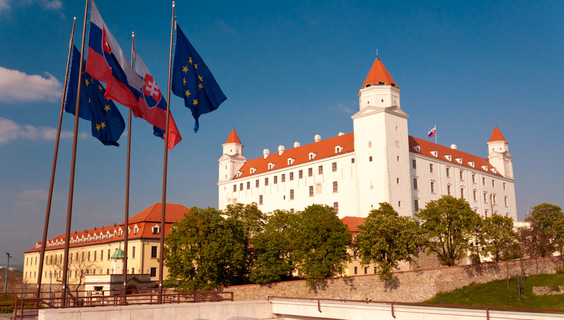 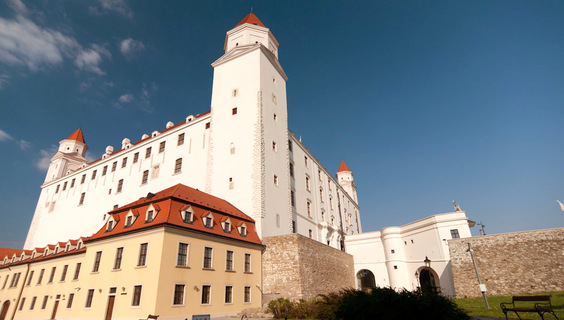 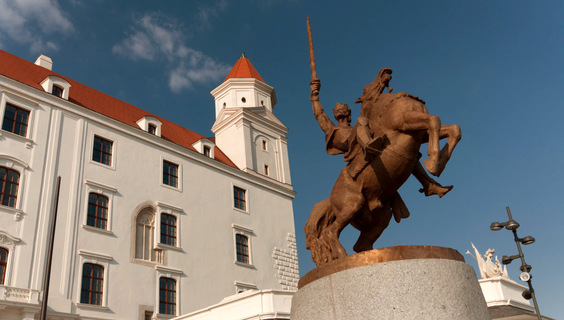 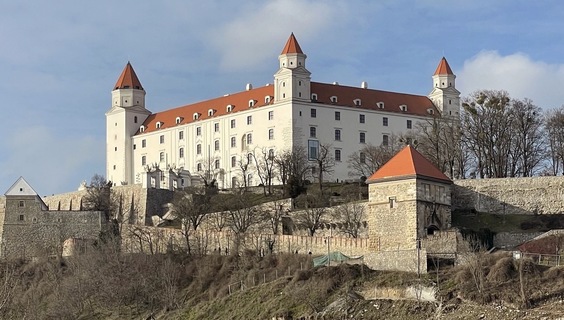 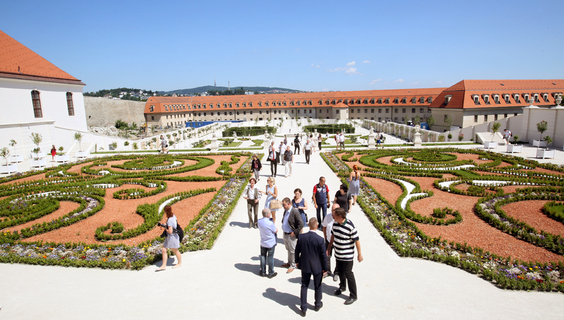 Not visiting Bratislava Castle is like not being in Bratislava at all. This is how the pride and dominance of the capital city of Slovakia can be characterized. This majestic central castle rises on a hill above the Danube River and has been an inseparable part of the city's panorama for centuries.

The beginnings of the castle date back to the 13th century. For centuries, it has undergone major and minor construction modifications. Main fortifications were built and in the 18th century the fortress turned into a luxurious Baroque mansion.

Bratislava Castle has an excellent strategic location. In the middle of the 16th century, it was even the residence of the Hungarian kings. Maria Theresa was the last monarch during the reign of whom the castle flourished.

The modern era of the castle began to be written during the 1950s. Archaeological research and the rescue of castle ruins began. Bratislava Castle has undergone extensive reconstruction and today it glitters with the beauty of its former glory.

The castle area is open to the public. The castle houses an exposition of the Slovak National Museum on the history of Bratislava Castle.

In addition to attractive exhibitions, the museum's tour includes an impressive castle interior. Visitors walk through the splendid staircase of Maria Theresa and continue to the top of the Crown Tower with beautiful views of the city and surrounding area.

During the year, various festivals, events and exhibitions take place in the castle. For example, you can enjoy the Castle Festival or the Bratislava Coronation Days.

Nearby things to do at Bratislava Castle

In our capital, there is a Renaissance building of Kamper's mansion on Žižkova Street, which is currently the seat of the Archaeological Museum - a specialized museum wor...

Show children that fun is not just funfair or computer games. Show them a completely different dimension of fun. Show them the optical illusion and aliasing they won't be...

The Museum of Carpathian German Culture is based in the Sunyal Curia in Bratislava. It is a specialized museum of the Slovak National Museum. The museum focuses on the co...

The Museum of Hungarian Culture in Slovakia is a specialized museum of the Slovak National Museum. It focuses on the history, material and spiritual culture of Hungarians...

Discover Bratislava by the period tourist train called Prešporáčik. Experience a scenic ride around the Castle circuit. You will learn about the history of Bratislava the...

The iconic sacral building of Bratislava is the St Martin's Cathedral. This largest, oldest and most important temple in Bratislava stands on Rudnay Square. St Martin's C...