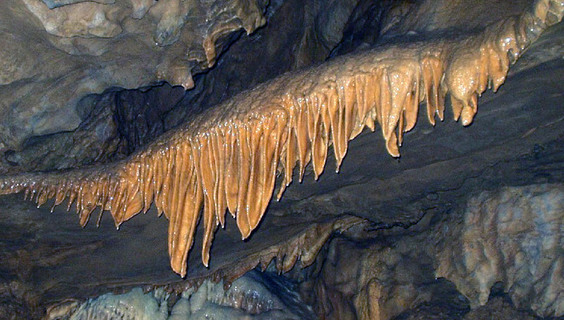 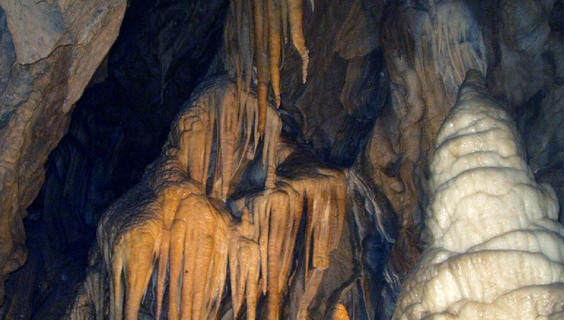 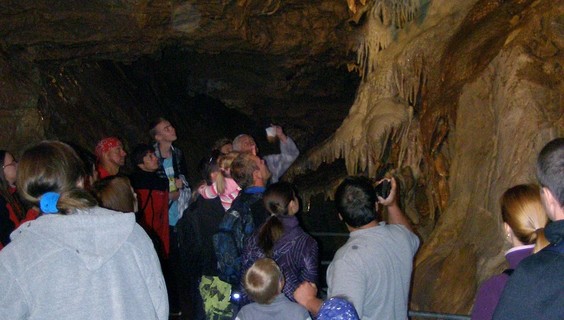 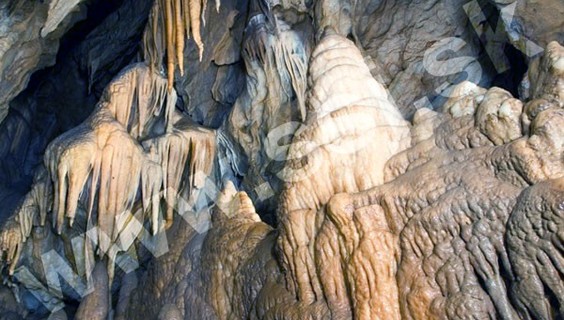 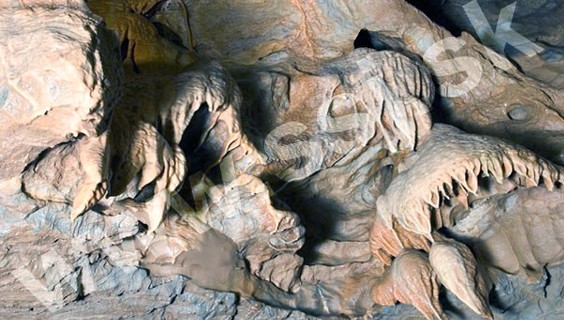 Underground bowels of the Horehronské Valley are proof of the extremely beautiful power of nature. Not far from the well-known tourist centers of Tále and Mýto pod Ďumbierom, you can dive into the mysterious beauty of the Bystrianska Cave.

Bystrianska Cave is located on the southern side of the Low Tatras, near the village of Bystrá. It is formed by Old and New cave with a total length of more than 3 km and has a gorge character. The old part of the cave has been known since time immemorial. Its research began in 1923. It was focused mainly on the abyss called Peklo (Hell), through which cavemen descended to New Cave in 1926 .

The guided tour is 580 meters long and almost without elevation. The cave is also accessible for immobile visitors. The tour takes 45 minutes. The cave is interesting for its three abysses, which have a depth of about 20 meters, but also rich and diverse stalactic decoration. The most beautiful hall is considered the so-called Klenotnica (Treasury).

Some parts of the Bystrianska Cave underground are also used for speleotherapy. The entrance to the cave is about 120 m away from the car park with a minimum elevation.

You may need some: accommodation Bystrá (district Brezno)

Nearby things to do at Bystrianska Cave

The ski resort is situated on the northern slopes of foothills of the Low Tatras, just off the important road from Banská Bystrica through Podbrezová, towards Poprad. It ...

You will experience wonderful skiing on the peaks of the Low Tatras in the ski resort of Ski Tále, located in the cadastre of the village of Horná Streda.

Gray Bear Golf Course is situated in the Tále recreation area. The course is specific for its mountain scenery, which is rich in natural beauties and its natural dominati...

Are you a complete beginner or a freerider and downhiller? Whatever you expect, we will fulfill your dream of perfect downhill cycling. It doesn't matter how old you are!...

The significant Bystrá Valley with the stream of Bystrianka flowing accross it hides many secrets. One of them is the less known but more idyllic natural swimming pool in...

The artificial water reservoir Krpáčovo is incorporated into the beautiful foothills of the Horehronie. The reservoir as well as its surroundings is a popular tourist res...

The Krpáčovo resort includes 2 ski lifts - long and short. A suitable combination of terrain of different difficulty allows the ski resort to be used by beginners as well...

The Museum of Horehronie in Brezno is one of the younger museums in Slovakia. Its collection consists of more than 30,000 objects, as well as a number of written and pict...