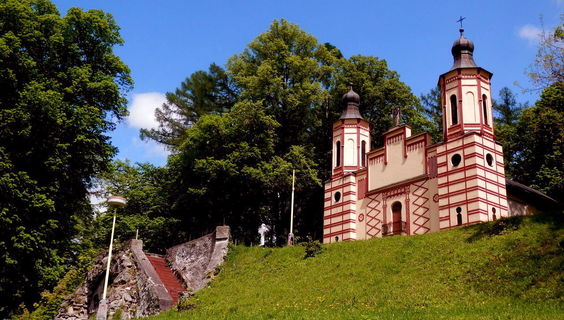 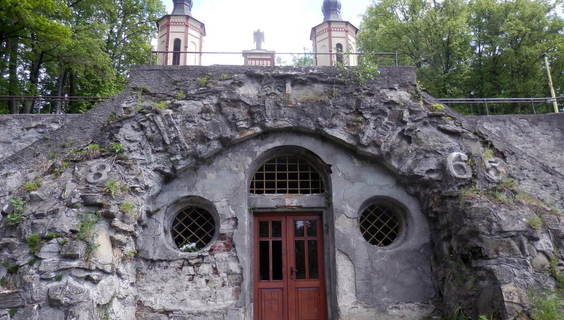 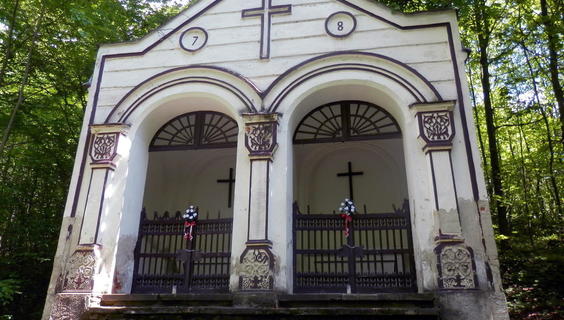 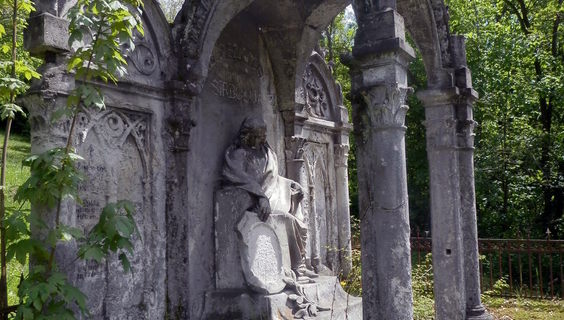 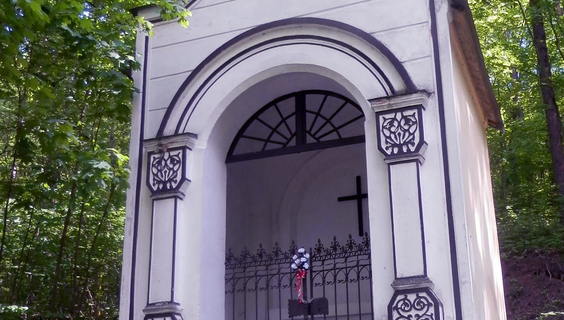 In the immediate vicinity of the town of Bardejov rises a relatively high hill, dominated by Bardejov Calvary. The central building is a nice two-tower church built in the neo-Romanesque style. The church is supported on the west side by a high wall, in which there is an entrance to the relatively large underground chapel of St. Mary Magdalene.

In front of the church there is a relatively large cemetery, where the important inhabitants of the town have been buried since 1896. 13 chapels symbolizing 14 stops of the Stations of the Cross are part of the Calvary area. The seventh and eighth stops are located in the double chapel. Individual chapels have their own benefactors and there are tombs of their dead.

At present, Calvary is absorbed by the growing greenery, and so the former dominance and center of spiritual life does not protrude much beyond. From the place below Calvary, a nice view of the city Bardejov lies open. To this day, pilgrimages are held here three times a year.

Nearby things to do at Calvary in Bardejov

The Exposition of Icons, which is one of the permanent expositions of the Šariš Museum in Bardejov, is the only independent specialized exposition of iconographic monumen...

The city in eastern Slovakia is becoming a traveling dream of domestic but also foreign tourists. It stands out not only for its beautiful architecture, but also for its ...

The Town Hall Square of Bardejov forms the central historical town zone and is one of the most beautiful in Slovakia. Its indescribable atmosphere is enhanced by the repr...

The Šariš Museum in Bardejov offers for its visitors three permanent expositions - one of them is the Natural History Exposition. A remarkable exhibition brings visitors ...

Perfect atmosphere of the Promenade Park in Bardejov is greatly touched by a beautiful singing fountain. The park on the outskirts of the Urban Conservation Area is the p...

Municipal Swimming Pool in Bardejov is open to all lovers of swimming all year round.

Visitors can enjoy swimming in a swimming pool with dimensions of 25m x 12.5 m and ...