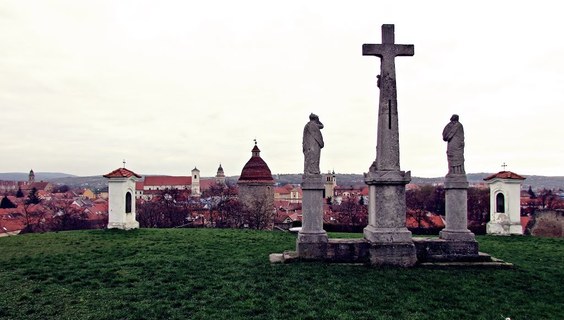 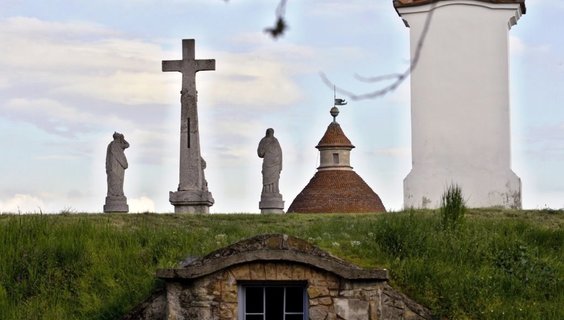 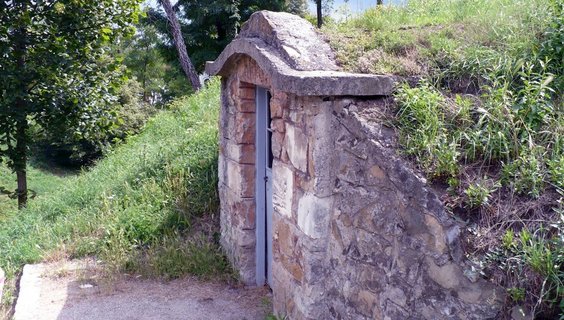 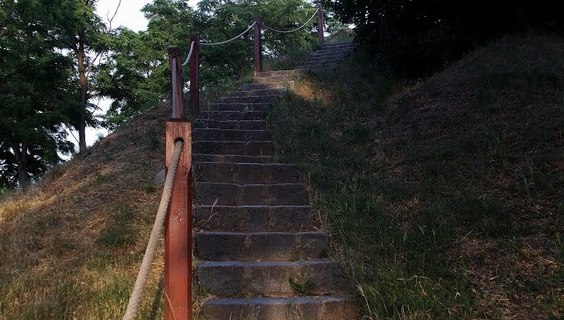 At the highest point in the northern part of the town of Skalica, there is a beautiful classicist calvary. It was built by the Jesuits in 1703-1710 on the site of the original medieval castle with an oval ground plan, whose fortifications consisted of a ditch and a rampart.

Calvary is traditionally made up of fourteen brick stops with scenes from the Stations of the Cross that are symmetrically distributed around the perimeter of the hill. On the hill, there is a monumental stone cross surrounded by statues of St. Mary and St. John.

In the immediate vicinity, there is a rotunda of St. George founded in the Romanesque period of the 11th - 13th centuries. There used to be a burial area around it. In the past, the rotunda was part of the fortification and served as a watchtower. In 1970, the rotunda was declared a national cultural monument. Currently, it belongs to the Záhorie Museum in Skalica, which created a separate exhibition here in 1992.

From Calvary, there is a beautiful view of the Skalica panorama. The location is suitable for all, as it offers a pleasant and undemanding walk.

You may need some: accommodation Skalica

Nearby things to do at Calvary in Skalica

Rotunda of St. George is originally a Romanesque building from the turn of the 12th and 13th centuries (although a new study says it comes from the first half of the 11th...

Holíč
6.4 km
Church of Our Lady of Pochaevskaya
Sacral monuments