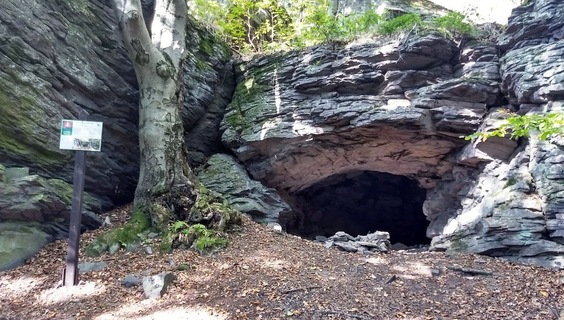 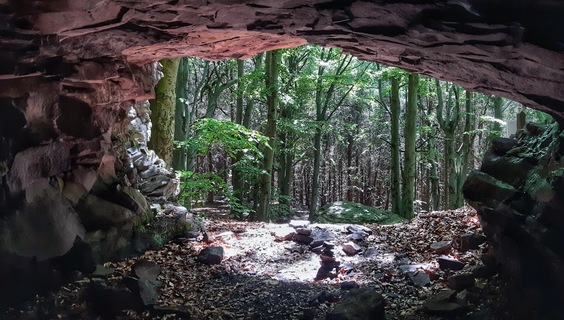 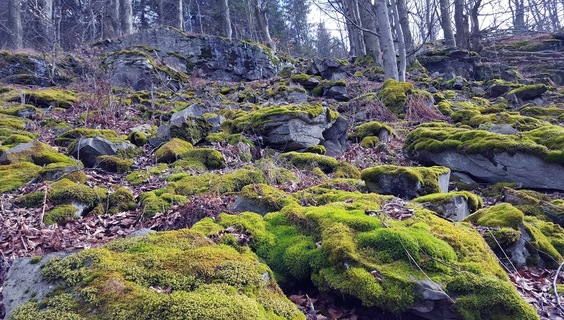 An interesting natural creation near the village Budiná is a picturesque andesite cave called Jánošíková skrýša (Janošík's hideaway) or Janošík's room. This characteristic name was given because the locals believed in the past that members of Janošík's retinue were hiding here.

The cave is 7.5 meters long and is part of Budínska Rock and the Ostrůžky volcanic massif. The cave was created by mechanically weathering probably of the tree from andesite lava and later by freezing down the slabs, especially in cold periods of older quaternions. The cave was declared protected in 1994.

The Jánošíková skrýša Cave is accessible from the asphalt road leading from Budiná to Podkriváň. The route is easy and suitable for families with children. If you want to walk, the site also leads marked hiking and biking trails from the surrounding settlements.

You may need some: accommodation district Lučenec

The village of Budiná and its surrounding forests are a place that is extremely rich in natural beauty and creations. It is also due to its volcanic origin and the gradu...

Bralce Hill is a locally known tourist destination. It is located in the volcanic mountain range Ostrôžky in Central Slovakia, which is rich in the remains of volcanic ac...

Divín Castle was built in the 13th century. In the 16th century, the castle was sei...