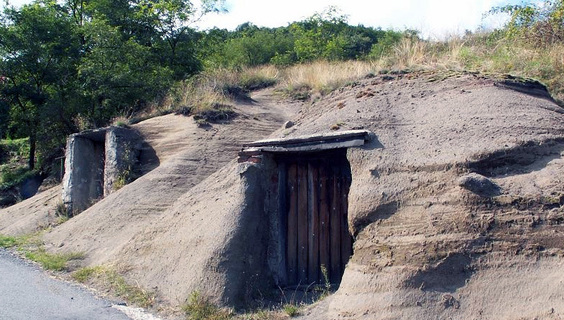 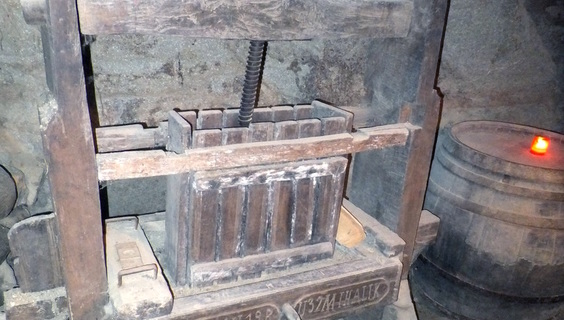 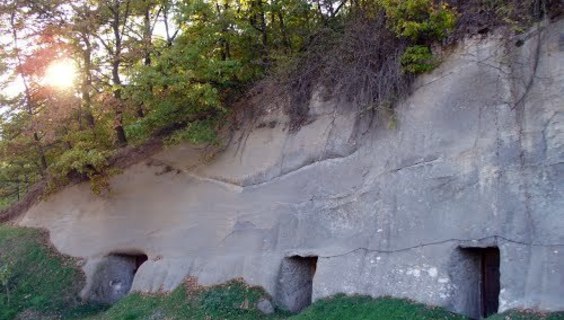 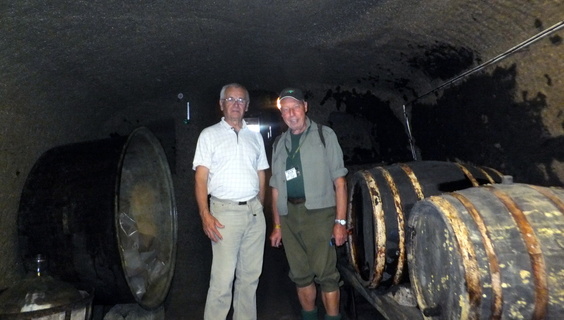 The village of Hrušov lies in the south of the Banská Bystrica Region, in the western part of the Veľký Krtíš District. Hrušov retains its distinctive character with traditional folk elements.

Especially wine cellars are a great attraction for visitors to the village of Hrušov. There are hundreds of cellars and hiden places underground (the so-called "dúpence") in the Hont region in the south of Slovakia.

Many of them were carved by local residents into soft volcanic rocks hundreds of years ago because of fear of Turkish raids and other troops. However, their favourite function was, and still is, the storage of wine.

In the village of Hrušov, cellars were carved into sand tuff (settled rock of volcanic origin). Just in Hrušov, a village with a wine-growing tradition, rich folk architecture and cultural life, the abandoned cellars are almost everywhere.

Some cellars are multi-seat. The first room did not have the required climate for storing wine, so it was used to store vegetables, especially potatoes. Some vintners, however, do not like to store anything other than wine in their cellars. They believed it could affect the taste and smell of wine.

The cellars are part of *the educational hiking trail *that begins in Hrušov. The length of the path is 6 kilometers.

You may need some: accommodation Hrušov (district Veľký Krtíš)

Nearby things to do at Cellars in Hrušov

Čabraď is a castle ruin near the village of Čabradský Vrbovok. It was built in the 13th century to protect the roads leading to mining towns. In the 16th century, it was ...

Krupinská Plain is a perfect place for adventurers. In addition to the beautiful unspoiled nature, majestic hills, diverse fauna and flora, you will also find unique natu...

The Pustý Church in the village of Veľká Čalomija is one of the oldest sacral buildings in Slovakia. Until now, only remains have been preserved, but they, however, attra...

In the middle of the maple alley in Šahy, there are three meters high and richly decorated chapels, which are part of the Hont Calvary. Built in 1907, Calvary is a compre...