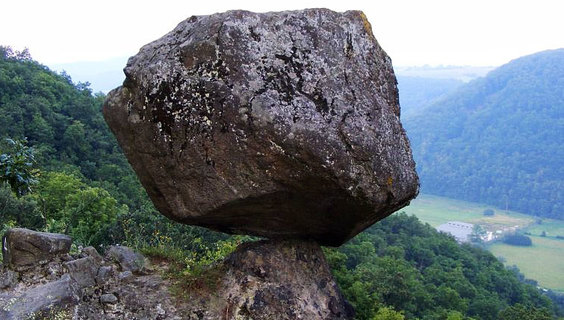 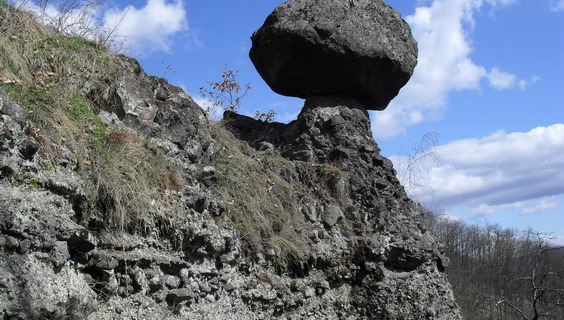 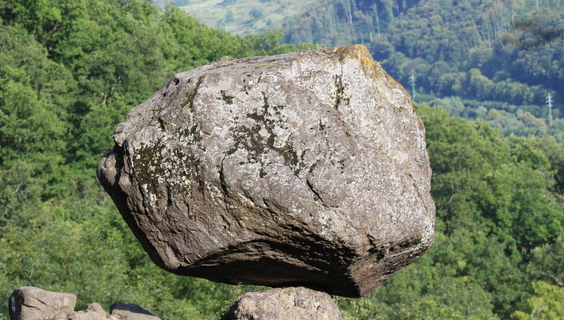 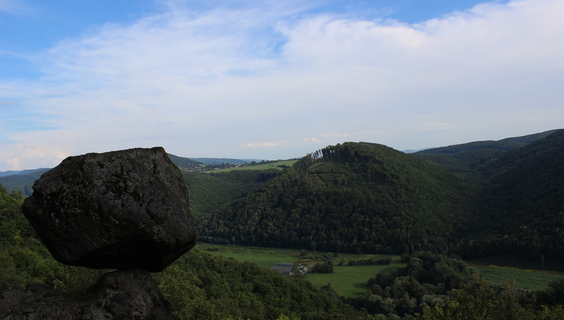 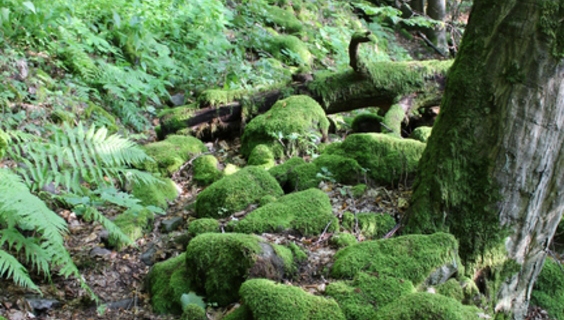 Slovakia is truly rich in rare and remarkable natural creations. One of these unique phenomena in which nature has shown its best is the Čertova skala (Devil's Rock) near Zvolen.

Devil's Rock is a geological curiosity not only in the Boka Nature Reserve, but also in Central Europe. Specifically, it is a large boulder (the so-called mushroom rock), which would not be so special if it did not lie on the tiny erect surface of the bedrock.

First of all, it will surely occur to you that this boulder will collapse every moment. However, experts say that this connection is solid and there is no risk that it will be disturbed in the near future.

If you would like to learn more about the Devil's Rock, make sure to follow information boards of the educational trail from villages of Hornská Breznica or Budča, who will bring you here.

The Devil's Rock is, of course, also emblazoned with legends. One of them says that devil wanted once to throw away this balance in the village of Budča, but the daylight came and the stone fell out of his claws and that landed on a nearby hill.

You may need some: accommodation district Zvolen

Nearby things to do at Čertova skala (Devil's Rock)

Kremnica Mountains, the dominant of the central part of Slovakia, hides many hiking and educationl trails in its dense forests, but one of them is truly unique.

The massive wooded hill Demian lies in the northern part of Štiavnické Hills. Its massive slopes are bordered by the village of Hronská Breznica. The hill is of volcanic ...

The Budička Equestrian Center is located in a picturesque settlement near the town of Zvolen.

It is a place ideal for families with children and people looking for relax...

in the Kremnické vrchy, in the valley, which has the character of a canyon, a right-side nameless tributary of the Turová stream created a beautiful Turovský waterfall. T...

The overwhelming power of nature has conjured up a genuine natural jewel over the village of Turová. If you come here once, you will feel like you are in the Slovak Parad...

The ruins of Pustý Castle (i.e. Abandoned Castle) are located near the town of Zvolen over the confluence of the rivers Hron and Slatina. It consists of two castle comple...

Kováčová Aquapark is located northwest of the spa Kováčová. It is supplied with thermal water from the spa spring. However, the water must be cooled for its high temperat...

The town of Zvolen is rich in historical monuments, even those with military themes. In Višnovský park, next to the railway station of Zvolen, there is a copy of one of t...