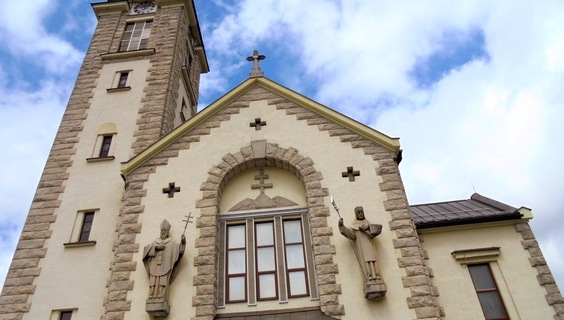 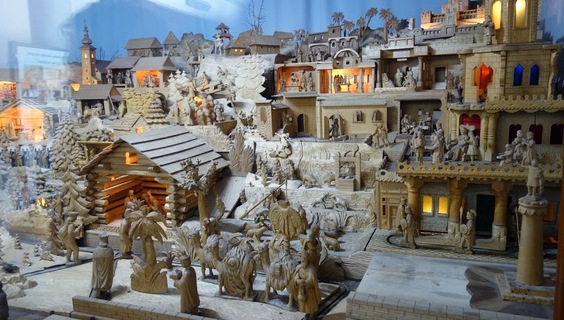 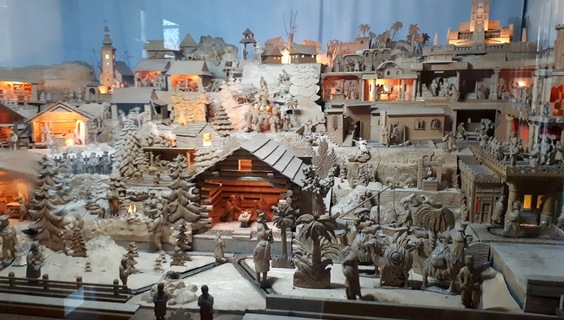 The village known for its history connected with folk hero Jánošík offers many attractions for tourists. One of them is wooden nativity scene. But this nativity scene is not ordinary at all. The one in Terchová is truly unique.

The unique wooden nativity scene is located in the Church of Sts. Cyril and Methodius standing in the center of the village. The idea to create a symbolic nativity scene was born before Christmas 1976. Nativity scene is the work of a village carver Štefan Hanuliak, who made it together with his friends Jozef Holubek and Stefan Krištofík.

The masterpiece is designed in three parts. The first depicts "old" Terchová with its crafts and characteristic colouring, the second shows Jesus' birth in "modest" Bethlehem, and the third represents "sumptuous" Jerusalem.

Every year, visitors can admire something new on the nativity scene. Religious scenes from Bethlehem and Jerusalem are gradually increasing, while the atmosphere of historical Terchová is evoked by other folk crafts and master workshops. The local woodcarvers also made a sound of Bethlehem, so you can listen to the typical Terchová music there. Nativity scene in Terchová is the second largest in Slovakia after the one in Rajecká Lesná.

You may need some: accommodation Terchová

Nearby things to do at Church and wooden nativity scene

0.1 km
Exposition of Jánošík and Terchová
Museums and history

The village of Terchová is the birthplace of the most famous Slovak brigand Juraj Jánošík. The museum exposition dedicated not only to Jánošík but also to development of ...

Escape room, in a time limit of 60 - 90 minutes, brings you a unique experience that you will not soon forget. This Terchova's one is unique in its story about Juraj Jáno...

The older generations would surely remember the legendary movie Jánošík, where the outstanding actor Paľo Bielik was starring. In those times, the film props of the gallo...

Where else would you look for a magnificent statue of the most famous Slovak brigand, if not on his native heath, in Terchova? Every tourist who goes through this place m...

Terchovec is a small water park with year-round operation. It is located in beautiful surroundings in the heart of Terchová, which is the gateway to Little Fatra.

The village of Terchová is an important Slovak pilgrimage site where Saint Cyril and Method days are held annually. That is why a calvary was built on the hill. The one i...

The village of Terchová in dispersed type of settlement is not only the birthplace of Juraj Jánošík, the cradle of folklore and a place full of virgin nature. It's also a...

If you are going to Little Fatra, you should definitely not miss the most attractive valley in this area. It is the valley of Tiesňava (The Gulley), which creates a charm...