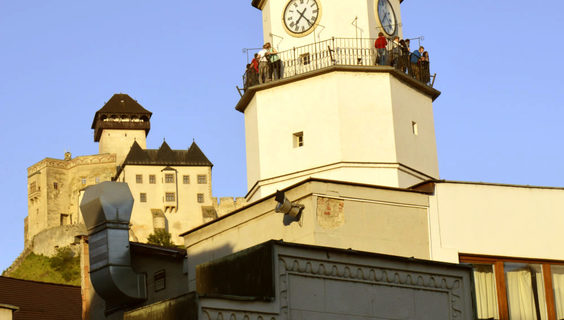 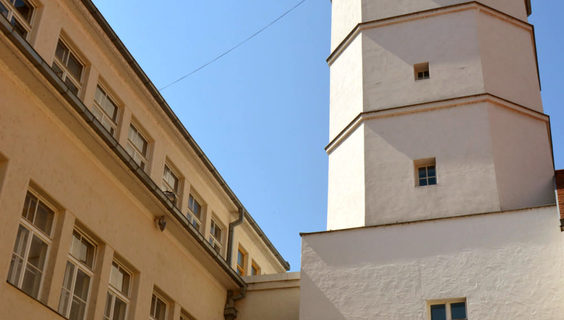 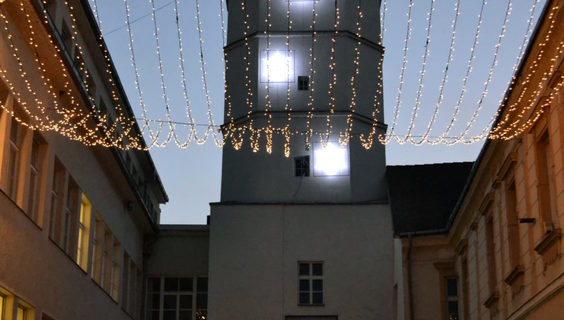 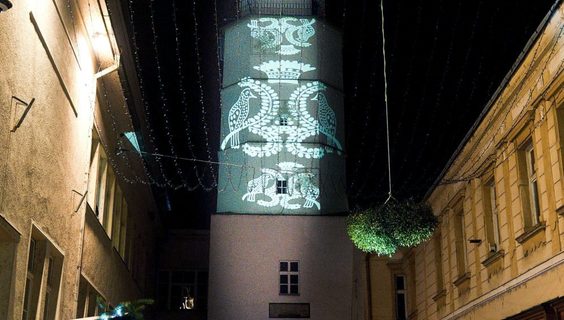 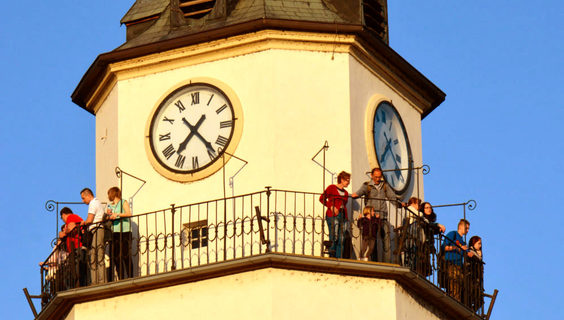 Trenčín, the city of fashion, is a very attractive place for both Slovak and foreign tourists, thanks to its rich history and architectural treasures, including Trenčin's Lower Gate (Trenčianska Dolná brána).

The Lower Gate, also known as the City Tower, was part of today's demolished city fortifications. It is located below the castle of Trenčín and since the Middle Ages served as a western entrance to the main square of Trenčín.

The gate is characteristic for a Gothic arched arch, above which there are two Latin inscriptions and a coat of arms of the city. One of the inscriptions says "If God does not guard the city then the one who does it does it in vain."

On the tower, there is an electric tower clock from 1934, which replaced the original Renaissance clockwork from the 16th century

The climb to the first view, balcony, is very comfortable, because you will be lifted there by elevator. However, if you want to go up to the tower on foot, you have to overcome few steps and then you can enjoy a perfect view from a height of up to 32 meters directly to the Trenčín Castle, synagogue, Mierové námestie (Peace Square) as well as the surrounding hills and houses.

You may need some: accommodation Trenčín

Nearby things to do at City Tower of Trenčín

0.1 km
The fountain of Valentine the Nix in Trenčín
Other attractions

In Trenčín, at Štúrovo Square, there is a unique fountain, from which Valentine the Nix peeps at all passers-by.

Valentine the Nix is a fairy-tale waterman dressed in ty...

Under the Trenčín Castle, in the area of the parish church, there is an intact Gothic building - Ossuary of St Michael. It was built in the second third of the 15th centu...

If you love history and are wondering how once law, justice and order worked in the medieval city of Trenčín, visit Executioner's House. It is not difficult to guess from...

Even a busy, spectacular and historically rich city like Trenčín is surrounded by beautiful nature. Brezina Forest Park is also a proof of this. And yet, there is not muc...

Trenčín Museum is one of the most developed regional museums in Slovakia. It is located in a beautiful late-Baroque palace-type house that ranks among the most beautiful ...

The city of Trenčín is considered to be the center of Považie, not only geographically but also culturally. The Miloš Alexander Bazovský Gallery, which is named after one...

The castle of Trenčín dominates not only the city of Trenčín but also the whole of Považie region. It was built in the 11th century as a border fortress, guarding importa...

Trenčín
0.4 km
Roman inscription on the castle rock of Trenčín
Museums and history

One of the few written monuments that proves the presence of Romans in Central Europe is the Roman inscription dating from 179 AD. The inscription is carved into the cast...