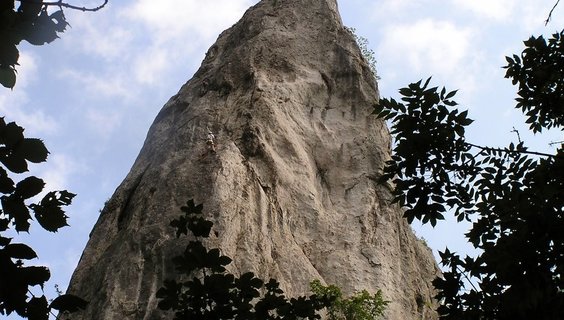 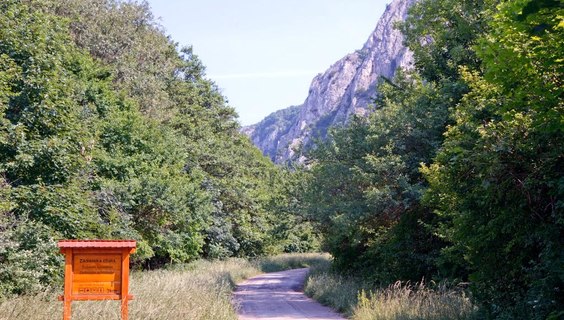 The pearl of the Slovak Karst in Zádielská Valley rises to the heights in the form of a massive rock tower called Cukrová Homoľa (Sugarloaf Mountain). This obelisk stands in the middle of the Zádielská Valley and is a symbol of the most beautiful roads in the valley.

Cukrová Homoľa is the rest of the edge of the plain, which was bypassed by Blatný creek, and therefore has been preserved today. Its height is 105 meters and various types of mountain plants can be observed at the foot of this rock tower. On the contrary, in higher altitudes, even on its walls, there are xerophilous and thermophilous species.

This rock tower is a popular place not only for tourists but also for rock climbers, as free climbing is allowed. Cukrová Homoľa is one of the best climbing terrains not only in the Zádiel area, but generally in Slovakia.

It should be noted that its name was given because of its similarity to sugar loaf, which was traditional sugar packaging produced and sold until the end of the 19th century. It had the shape of a truncated rotary cone, just like this rock tower.

You may need some: accommodation Zádiel

The church was built on a hill in the 13th century. Later it was fortified with stone wall and watchtower during the operation of John Jiskra of Brandýs. The church was t...