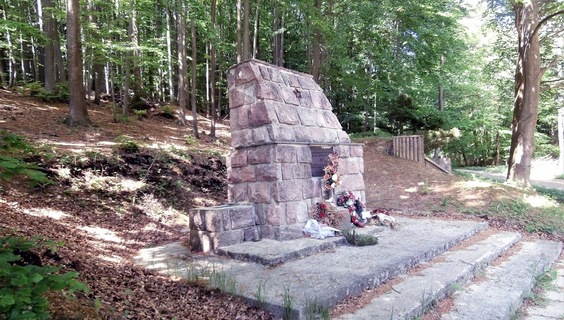 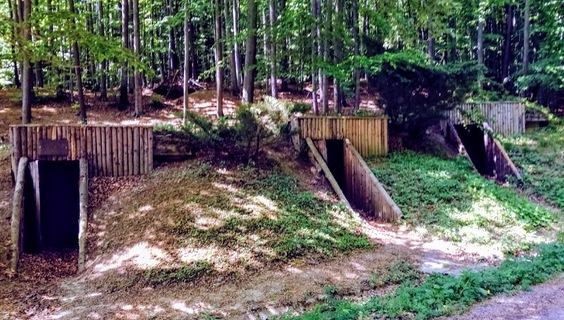 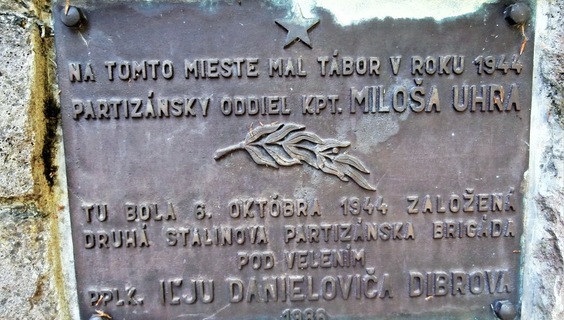 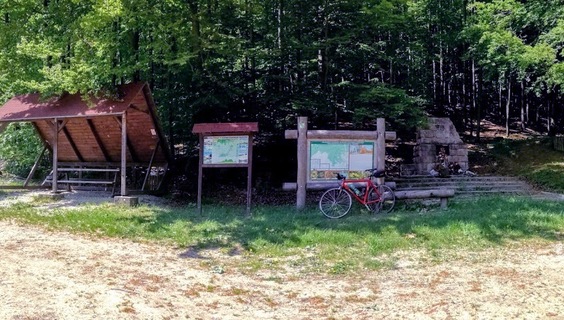 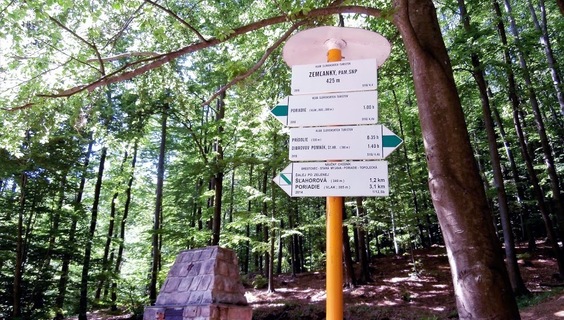 This is the place where a partisan group of Miloš Uhr, a hero of the Slovak National Uprising, camped in October 1944. The memorial is named after the earth-houses built by partisans. Here, they were found by a Soviet paratrooper lieutenant colonel Ilja Dibrov, who already had a rich experience with partisan activity in Ukraine and formed the 2nd Stalin Brigade in the area of Veľká Javorina. This represented a serious threat to the Germans in this area.

There is a memorial, earth-houses and Zbojnícka studnička (Brigand Well). At the same time, it is a popular place for walking and cycling trips. In the vicinity there are more memorial sites of fighting during the Slovak National Uprising (Dibrov monument, the place where the commander of the 2nd Stalin partisan brigade Ilja Dibrov fell), partisan hospital in the valley of Horné Borotovo over Topolecká etc.

The Memorial called Zemľanky (Earth-houses) is located in the valley of the Kostolnik creek, in the part called Krivosudy. It can be reached by a green hiking trail, about three kilometers from Poriadie near Myjava.

You may need some: accommodation district Myjava

A great place to relax, regenerate and do active sports can be found in one place in the building of the swimming pool in Stará Turá, situated in western Slovakia.

On the ridge of the White Carpathians, on the border of Slovakia with the Czech Republic, just about six kilometers above Topolecka, there is a monument of lieutenant-col...

Swimming pool in Myjava is part of a modern sports complex, which consists of several relaxation and sports facilities.

The Museum of Slovak National Councils in Myjava is a specialized organizational unit of the Slovak National Museum in Bratislava. It opened its gates for the first time ...

The Town Museum in Stará Turá presented its first museum exhibition in 1976 on the premises of the former Roman Catholic school called Room of Revolutionary Traditions. C...