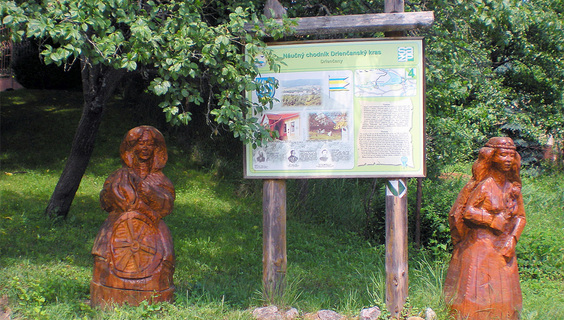 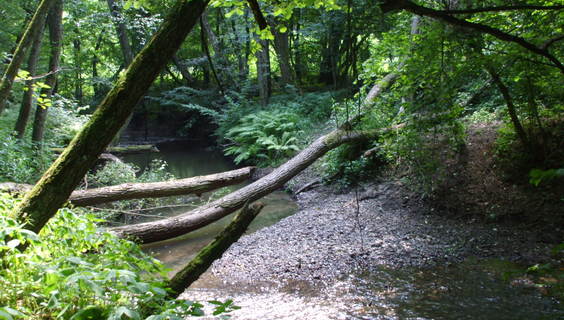 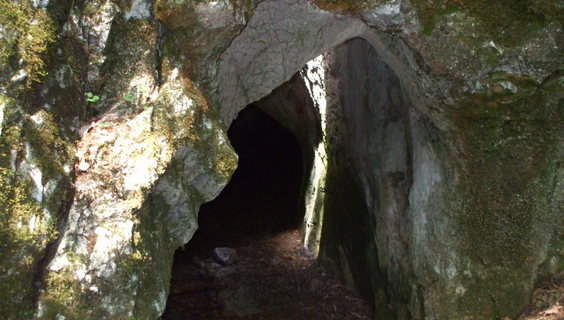 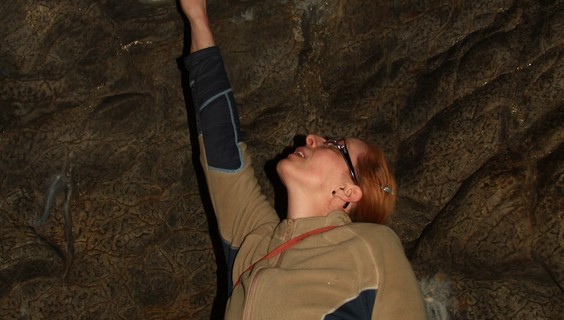 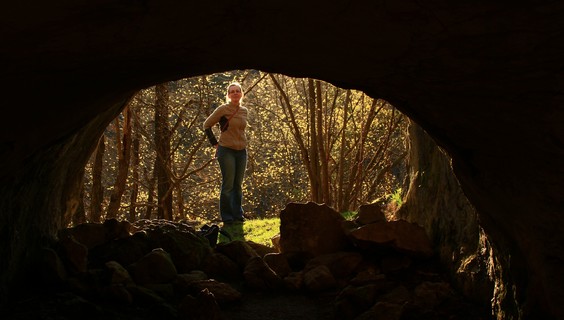 Only 15 km from Rimavská Sobota, there is a picturesque karst area of Drienčanský Karst, which is not so well known among tourists, but still hides a large number of protected plants, natural and historical monuments, just waiting for your visit.

This place is also equipped with an unpretentious educational trail, which brings tourists closer to its beauties since 1989. The educational trail goes from the village of Drienčany, from the church, and takes about 2 hours.

The trail leads through the territory which was settled already in the Neolithic period and later in the Bronze and Iron Age. Educational trail has 15 stops with information boards about the characteristic features of the site rich in caves, karst pits and scraps.

An interesting feature of the walkway is the Small and Big Drienčany Cave, where remains of post-tertiary mammals were found. The Small Drienčanská Cave is open to the public and impresses visitors with its catching arched entrances.

The last stop of this nature trail is dedicated to karst lakes, which are completely dry during the hot months.

On the way back, you will certainly enjoy the sundial and fairy-tale labyrinth. Here, after a fair 7 km hike, you can relax in the summer-houses, where you can also start a fire and roast a speck.

You may need some: accommodation district Rimavská Sobota

Nearby things to do at Educational trail Drienčanský Karst

0.2 km
Sundial in Drienčany
Other attractions

The sundial is a historical means of measuring time, but you will not find it anywhere in the world as it is found on the outskirts of the picturesque village of Drienčan...

The trip to the Drienčany Karst is not only about recreational experience but also about hiking. The educational trail will inform you about the local attractions as well...

The water reservoir of Teplý vrch (The Warm Hill), which was built on the Blh River between the villages of Teplý vrch, Budikovany and Drienčany, has the highest average ...

Between the villages of Vyšná and Nižná Pokoradz, there is a place where nature has shown its magic. Indeed, the location is truly remarkable and that is why attracts man...

The lookout tower at Maginhrad is one of the newly built lookout towers in Slovakia. It stands on a hill of the same name at an altitude of 430 meters and thanks to its h...

The Gemer-Malohont Museum in Rimavská Sobota is the fifth oldest museum in Slovakia. The museum is housed in a historic building built in the Classicist style, which orig...