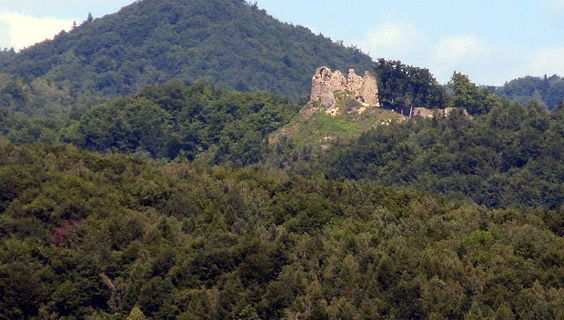 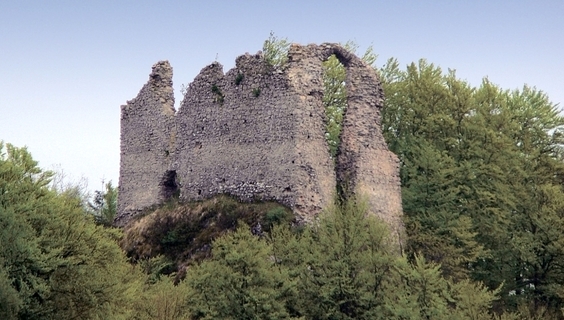 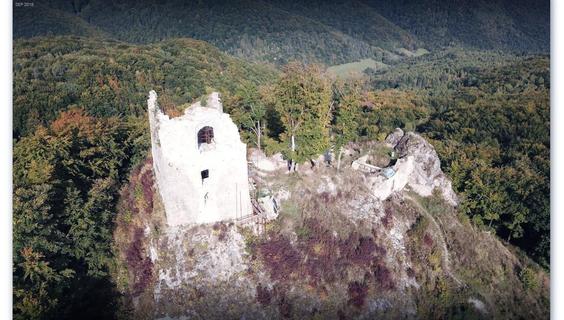 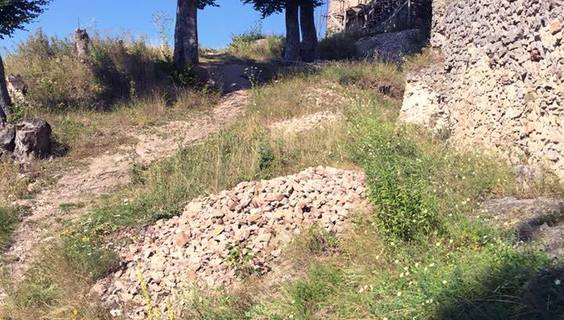 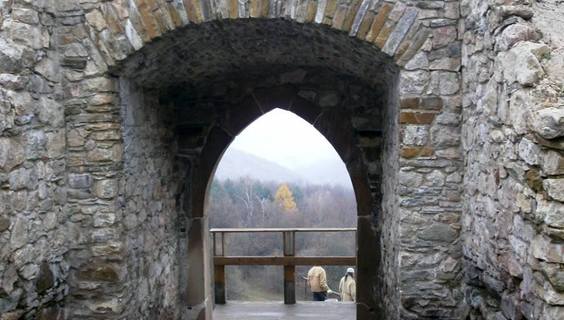 Hanigovsky Castle is situated above the village of Hanigovce. Now, it's just a ruin of the castle. The original wooden castle was built by nobleman Mikčo in the 13th century.

In 1342, the nobleman Mikčo filed a request for the conversion of a wooden castle into a stone castle. The request was granted and the castle was rebuilt into stone, thus consolidating the border zone of the Kingdom of Louis I.

After the reconstruction, the castle was also called the Nový hrad (New Castle). The New Castle had several owners. In 1557, the castle burned down and the new owners - Transylvania noblemen Martin and Gašpar Pečovský - did not renew the castle because they built their residence in Nová Ves.

Over time, only the ruins remained of the castle. The civic association Novum castrum is currently taking care of these ruins. The association managed to reconstruct the gate in the castle, preserve the defensive wall and part of the palace.

There are marked hiking trails from Hanigovce and Ľutina to the ruins. The route is approximately 2km long.

You may need some: accommodation district Sabinov

Nearby things to do at Hanigovce Castle

Not only for the faithful, but also for the general public, the Ľutinská hora (Ľutina Hill) is a well-known place of revelation of St. Nicholas to a poor girl Zuzana Feke...

Ľutinská hora is not only for believers, but also for the general public, a well-known place of revelation of St. Nicholas to a poor girl Zuzana Fekete. Today, Ľutinská h...

Are you a lover of Slovak nature, do you like to know the natural waters or are you a fisherman to the core? Then the ponds in Rožkovany will be a paradise on earth for y...

Ski Drienica is located in the Čergov Mountains, in the Drienická Valley above the village of Drienica. The resort offers two slopes: Drienica (4 lifts) and Lysá (7 lifts...

Below the foothills of the Čergov Mountains, in the picturesque arms of the Drienická Valley, is the Drienica - Lysá mountain resort.

It is the place where a relaxation ...