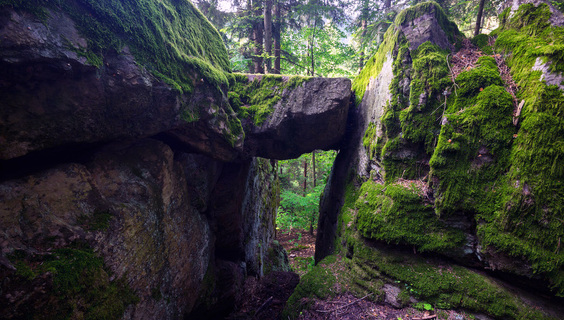 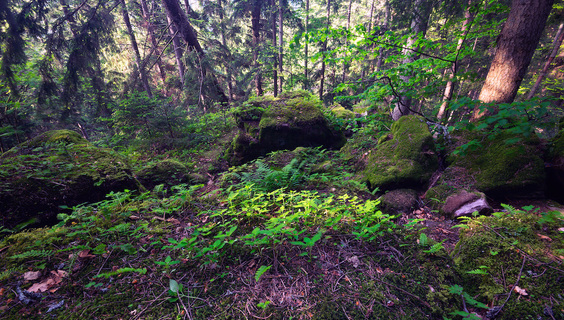 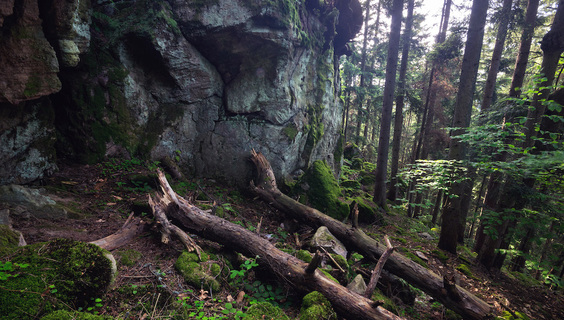 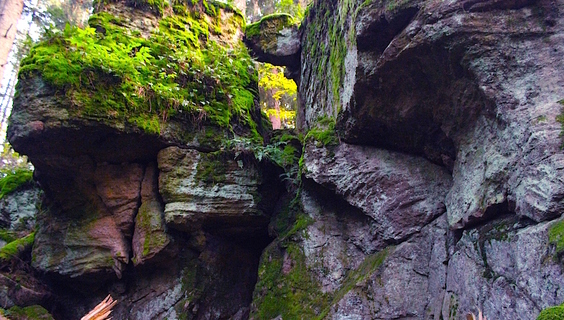 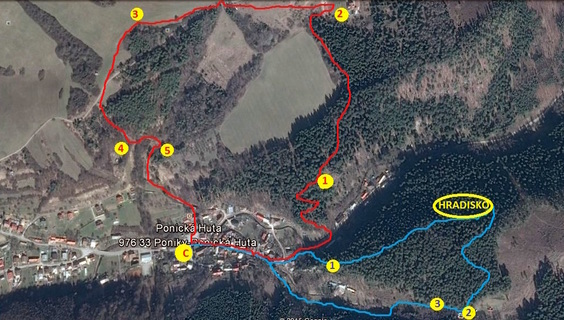 Do you know where the mysterious Celtic fort is located? It is a hillfort at Kláštor, remains of which are a silent witness of the ancient life of the Celts on the western ridge of the Účtovník Hill. A long time ago, there was a mighty Celtic hillfort, veiled in a mysterious atmosphere.

Up to the present day, it is possible to see traces of the serpentine road in the field, falling in the western part of the fortified hillfort area. The walled fortification is the most massive on the east. The most beautiful part of the original hillfort is the acropolis and the mystical stone portal.

It is estimated that the hillfort at Kláštor had at least a regional significance, while the oldest settlement of the fort dates back to the Lusatian culture. The life of the Celts at hill is mainly associated with the mining and processing of iron ore.

The hillfort is also a rare archaeological site. Iron spears, iron depot, or other iron tools were found here, but the most interesting finding is the bronze figure of a naked man, one of the most important finds throughout Slovakia.

Just a shor way from the site of the fort, there is a massive boulder called Baba, adorned with a large iron cross, evoking some sort of watchtower at first glance. From here, you can enjoy a beautiful view.

The fort can be reached from Ponická Huta along the blue trail, and just behind this village, you need to turn right onto a comfortable forest path that will lead you to the fort.

You may need some: accommodation Poniky

Nearby things to do at Hillfort at Kláštor

The historic gem of the picturesque village of Poniky is the medieval church of St. Francis of Assisi. The church rises on a hill above the village in a fenced area. It w...

Lovers of cycling, especially mountain biking, should visit the beautiful Poľana. Poľana is rich not only on hiking trails, but also on a varied tangle of cycle paths.

The dominating feature of the village of Čerín is the early-Gothic church of St. Martin from the beginning of the 14th century. It is one of the most precious monuments i...

Even today, the nature around Zvolen shows its magical power and mightiness to all tourists. You can find natural wonders near the village of Hrochoť. One of its breathta...

Mičinské travertines are a national natural monument along the road between the villages of Čerín and Dolná Mičiná. It belongs to important travertine sites in Slovakia.

Near Banská Bystrica, in the village of Dolná Mičiná, there is a Renaissance manor house - a cultural and historical monument of Slovakia.

It was built in the second hal...

The village of Ľubietová is connected with mining history and metallurgy. If you want to learn more about this golden history of Ľubietová, but also about traditional cra...

The picturesque mountain village of Ľubietová was an important center of mining and processing of copper and iron ores. The most famous deposit in this area is Podlipa ly...