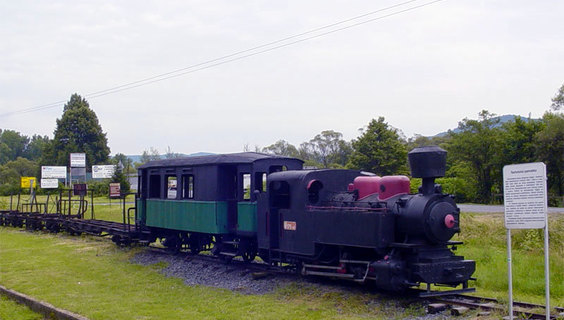 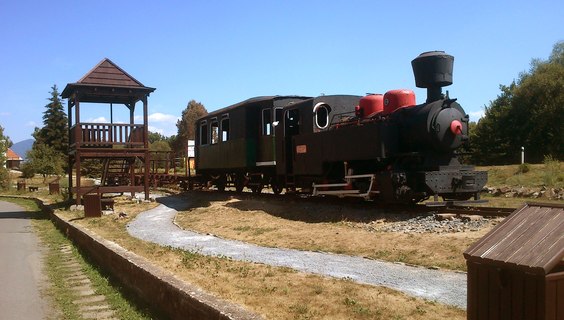 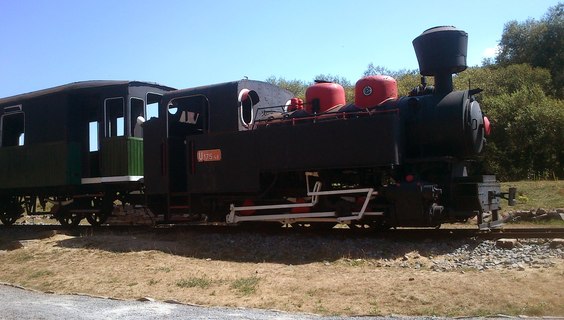 The village of Vígľaš lies in the valley of the river Slatina in Zvolen basin 14 km east of Zvolen. The ruins of the Vígľaš Chateau rise on the left bank of Slatina, directly above the road.

After the Second World War, the railway was in operation until October 1, 1975, when it was officially cancelled by the forest management. Track and dismantled auxiliary equipment were gradually dismantled.

However, the monument to the forest railway has not completely disappeared. The Department of Culture of the District National Committee has decided that a few meters of rail, steam locomotive U175 48, passenger car, platform wagon and 4 bolster waggons will be preserved anyway. Thanks to this decision, today we can find them below the castle on the eastern edge of the village of Vígľaš. Forest paths lead along the former track.

You may need some: accommodation Vígľaš

Nearby things to do at Historic train in Vígľaš

The dominant feature of the village of Vígľaš is the majestic cheateau situated on a small flat outcropping of the Javorie Hill. Originally, it was a Gothic castle, which...

We invite you to the Ján Kulich Gallery in Zvolenská Slatina. We will acquaint you with the work of one of the most important representatives of Slovak sculpture - with t...

Modern two-storey gallery with spacious garden presents the work of national artist Ján Kulich. The exposition of his works is changed every year in individual thematic c...

The Orlík complex is located near the city centre of Zvolen in the pleasant environment of the water reservoir Zvolen-Môťová and the foot of the Zálužná Hill. If you are ...