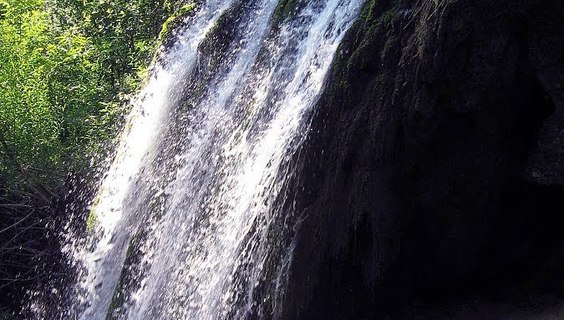 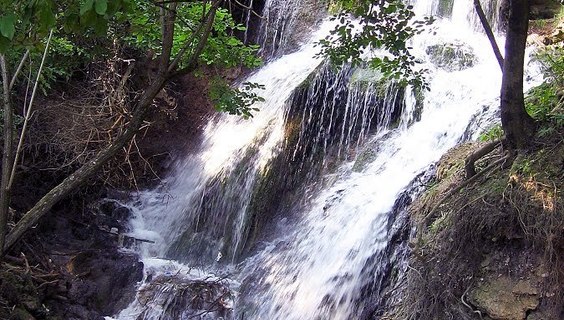 The village of Hrhov can boast of a unique gem of Slovak nature. In the heart of this village, the water of the Hrhovský waterfall rushes. It is the largest and most powerful waterfall of the Slovak Karst, which will enchant you in a second.

The water falls from a height of 15 meters and creates beautiful cascades. Hrhovský waterfall is fed by the exsurgence called Veľká hlava (Big Head), which is one of the most powerful and currently supplies the village with drinking water.

The constant water flow of the bucket has created a layer of travertine of up to 16 meters in thickness, with an estimated age of 5,000 years. The site is also an important archaeological site, as there were found several fossils and finds.

Hrhovský waterfall is easily accessible. The information boards, which the village of Hrhov built for better orientation of tourists, will also guide you to it. The entrance to the site is formed by a gate with a smaller rest area. Above the highest point, there is a metal bridge, thanks to which you can enjoy the beautiful waterfall from above.

You may need some: accommodation district Rožňava

Nearby things to do at Hrhovský Waterfall

The church was built on a hill in the 13th century. Later it was fortified with stone wall and watchtower during the operation of John Jiskra of Brandýs. The church was t...

We invite you to a interesting tour of the water mill, which originally belonged to the Andrássy family from Krásná Hôrka. Take a look at the original equipment and see h...