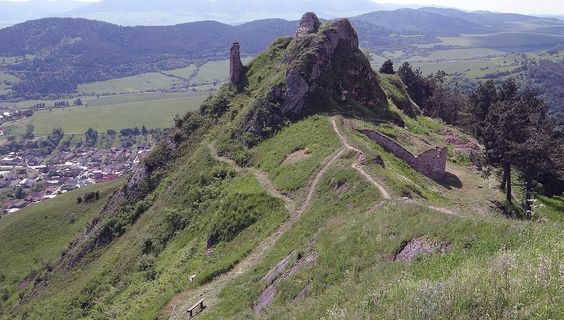 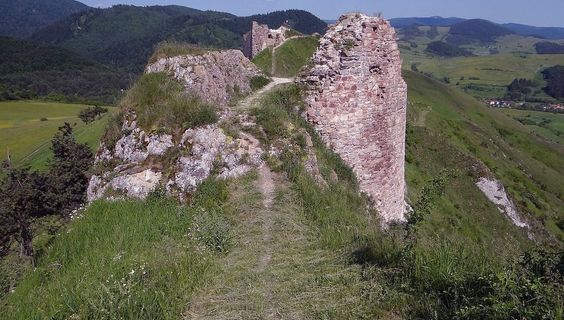 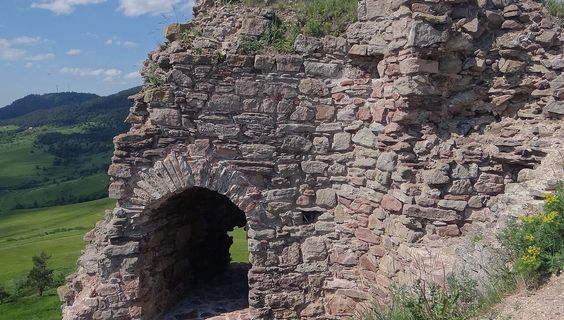 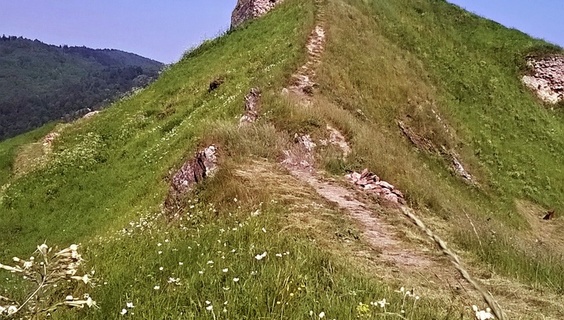 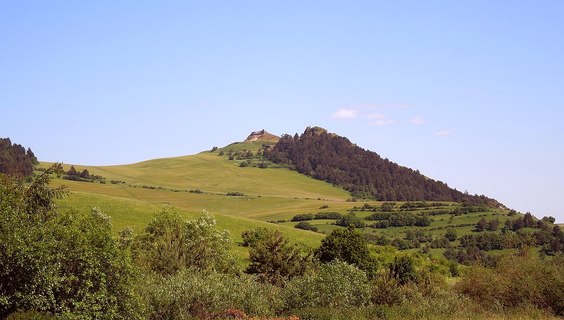 According to extant documents, the castle of Kamenica was built in the first half of the 13th century by Dietrich, Count of the Spiš Saxons. The surroundings of the castle were royal hunting grounds.

In the 16th century, the castle was shattered and torn down and its destruction was completed by the Tahy family, who used material from the walls of the castle to build a distillery in Lúčka. Kamenica Castle was once the thirteenth largest in Slovakia.

From the center of the village of Kamenica, the climb to the castle is very well marked. Signs will take you to the northeastern edge of the village. The ascent with an elevation of 224 meters takes less than an hour. Right after leaving the road, the walkaway is split into two parts, with an educational trail with 10 boards on the left side, starting 200 meters after entering the forest, and an unofficial pathway with an ascent to the eastern edge of the summit ridge on the right side .

The civic association Kamenná veža (Stone Tower) takes care about the ruins of the castle.

You may need some: accommodation district Sabinov

Nearby things to do at Kamenica Castle

Hanigovsky Castle is situated above the village of Hanigovce. Now, it's just a ruin of the castle. The original wooden castle was built by nobleman Mikčo in the 13th cent...

Are you a lover of Slovak nature, do you like to know the natural waters or are you a fisherman to the core? Then the ponds in Rožkovany will be a paradise on earth for y...

Not only for the faithful, but also for the general public, the Ľutinská hora (Ľutina Hill) is a well-known place of revelation of St. Nicholas to a poor girl Zuzana Feke...

Ľutinská hora is not only for believers, but also for the general public, a well-known place of revelation of St. Nicholas to a poor girl Zuzana Fekete. Today, Ľutinská h...

Although the picturesque mountain range of Bachureň is not one of the highest peaks, many tourists will definitely find this place beautiful. This small flysch mountain i...

Folk Museum in Brezovica (Sabinov district) is a mirror of life in the village in the last hundred years. Among other things, the museum captures the entire process of ma...