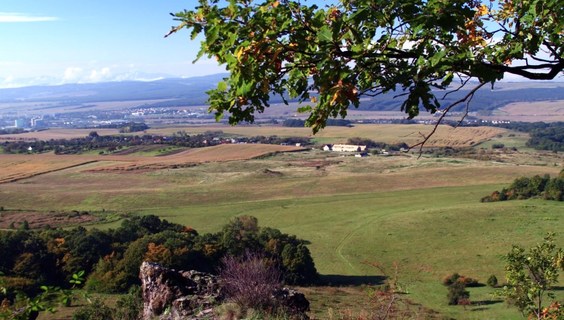 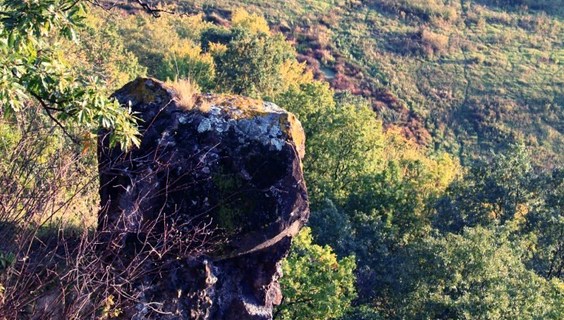 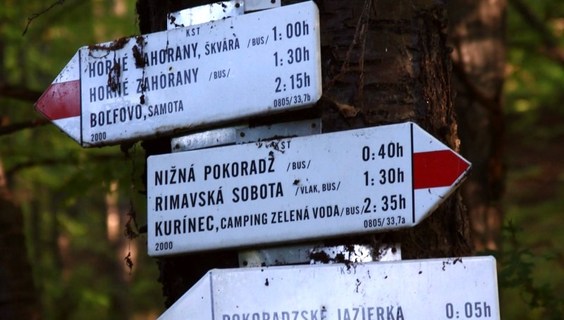 Between the villages of Vyšná and Nižná Pokoradz, there is a place where nature has shown its magic. Indeed, the location is truly remarkable and that is why attracts many tourists. It is a protected area, which consists of Pokoradz sliding lakes, a forest steppe slope with Kamenný Janko (Stone John) and mining chambers.

The distinctive stone formation called Stone John was created by selective weathering of hard andesite fragments. The formation is tall up to 5 m and is terminated by a rock block called John's head. There are also other cliffs nearby , but less pronounced.

There is also a lookout point at Stone John, from which you can enjoy beautiful views of the South Slovak landscape. The ancient volcanic chimney or open mining chambers, which are the remnants of tuff mining, should not escape your attention.

Another attraction are the Pokoradz Lakes, which are located below the hill in field depressions and are of European importance. They maintain rare wetland plant communities. The lakes have a water regime dependent on surface rainwater, so the water level varies greatly.

You can get to the hill with Stone John and other attractions along the red marked hiking trail from the village of Nižná Pokoradz (approx. 2.5 km away). The route is very pleasant and undemanding, suitable as a relaxing and educational trip.

You may need some: accommodation Rimavská Sobota

The lookout tower at Maginhrad is one of the newly built lookout towers in Slovakia. It stands on a hill of the same name at an altitude of 430 meters and thanks to its h...

The Gemer-Malohont Museum in Rimavská Sobota is the fifth oldest museum in Slovakia. The museum is housed in a historic building built in the Classicist style, which orig...

The Center of Culture and Fine Arts in Rimavská Sobota has been the Municipal Gallery since 1996 as an organizational unit of the Municipal Cultural Center. The gallery h...

The indoor swimming pool in Rimavská Sobota is located near the river Rimava and is a popular place for sports activities during the winter season.

The sky above us offers a magnificent star theatre at night. If you would like to learn more about our solar system and discover the star veil, come to the observatory an...

Only 15 km from Rimavská Sobota, there is a picturesque karst area of Drienčanský Karst, which is not so well known among tourists, but still hides a large number of prot...

The sundial is a historical means of measuring time, but you will not find it anywhere in the world as it is found on the outskirts of the picturesque village of Drienčan...

The water reservoir of Teplý vrch (The Warm Hill), which was built on the Blh River between the villages of Teplý vrch, Budikovany and Drienčany, has the highest average ...