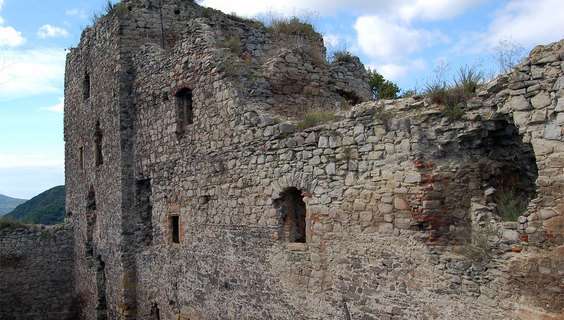 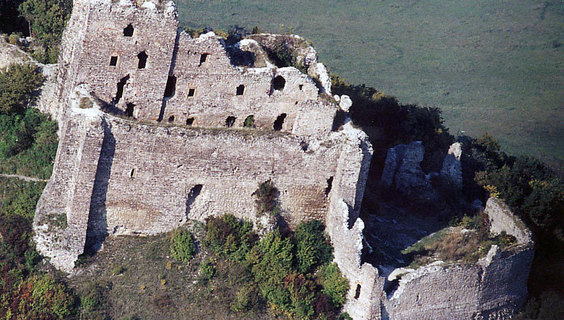 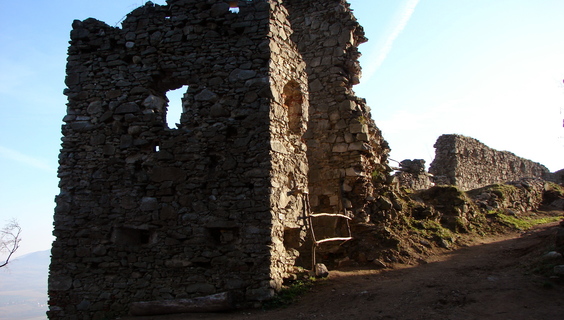 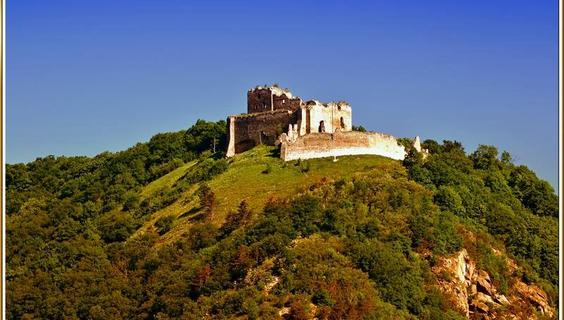 The ruins of the Kapušian Castle are situated on the hill Zámčisko above the village of Kapušany.

Kapušany Castle was built in the 13th century and served mainly to protect the important royal route from Prešov to Bardejov. The first owner was the family of Maglód, the last and longest owner was the Kapy family.

The Hungarian Concilium in 1715 decided to destroy it by fire, which had to be carried out by its owner Eva Gergelaky, so that the castle would not become the center of the anti-Habsburg uprising.

The ascent to Kapušany Castle begins in the village of Kapušany at the railway station, where you follow the green sign. You cross the river Sekčov and at the end of the village, at the last houses a short but rather steep climb to the castle begins.

Kapušany Castle is definitely worth a visit, as it offers nice views especially on the opposite Slanské Hills, but also the Sekčov Valley up to city of Prešov and Ondava Uplands.

In recent years, the ruins of the Kapušany Castle have been reconstructed and the area is being enhanced, which is also evidenced by the observation tower with its impressive view. The management object serves as an information center too.

You may need some: accommodation Kapušany

Nearby things to do at Kapušany Castle

2.6 km
Gallery and Museum of Folk Art
Museums and history

Since 2014, the small village of Fintice in East Slovakia has its own museum and gallery. The gallery and museum of folk art is housed in a historical building of a forme...

The picturesque village of Fintice, situated in the beautiful surroundings of the Šarišská Highlands, is surrounded by the Sekčov River and the Stráž Hill, which is an in...

On a rocky hill rising above the village of Podhradík, there are ruins of Šebeš Castle, whichis known only to a few tourists. The castle was built in the 13th century as ...

An integral part of the city of Prešov and its surroundings are also beautiful mountains, which are characterized by their conical shape and volcanic origin. They are als...

To find out more about the sky above us, we know a place where to see the stars even in full daylight. The observatory and planetarium in Prešov is perfect for it. You ca...

Summer swimming pool Sídlisko III (Housing Estate III) in Prešov is a popular place to relax and enjoy during the summer season and for this reason it really bursts in se...

An artificially created salt cave whose walls, ceiling and floor are lined with salt blocks, salt stalactits and crystals. A salt used comes from Himalayan deposits and P...

It is the year 1953. The town of Prešov rises in major civil unrest. You all became one of wrongfully convicted of murdering an officer and found yourself in this prison....