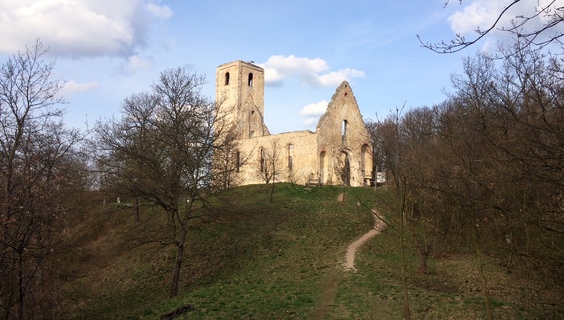 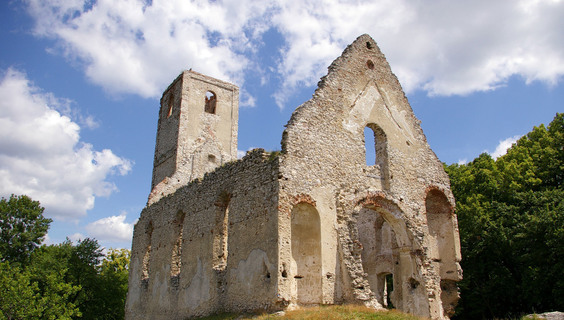 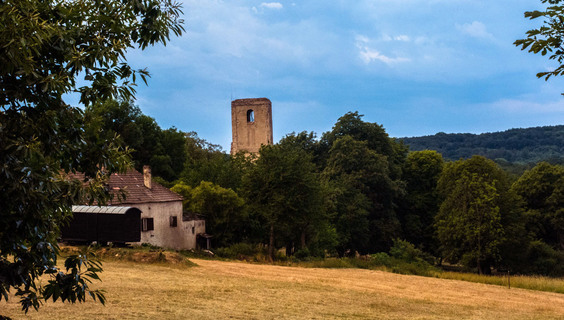 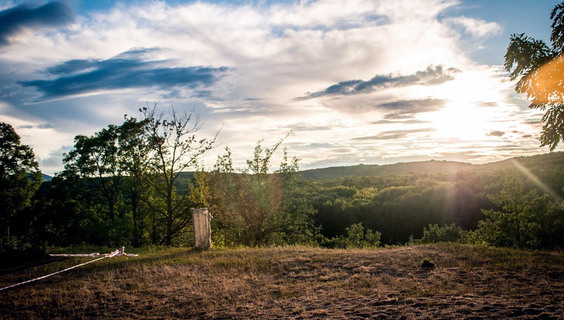 The Katarínka Monastery is actually the ruins of the ancient Church and the Monastery of St. Catherine of Alexandria. It is located in western Slovakia in the forests of the Little Carpathians, 20 km north of Trnava near the villages of Dechtice (to which the cadastre belongs) and Naháč.

The Monastery of St. Catherine belonged to the Franciscan Order. It was founded in 1618 on the site of an ancient Gothic chapel with a cemetery hidden deep in the Small Carpathian forests. According to legend, St. Catherine appeared here to a young count and a hermit John Apponyi.

The extensive Baroque monastery complex was gradually expanded and enhanced and was one of the most important pilgrimage sites of the Esztergom Archdiocese. Katarínka was the place of the Franciscan novitiate and the destination of many pilgrimages of the common people from far away. In the 17th century, it was damaged several times during the uprisings or Turkish invasions, but it was always repaired and life in it continued. In July 1786, the monastery together with hundreds of others was cancelled as per decree of Emperor Joseph II. The friars had to leave this place, the inventory was taken away and destroyed, and the monastery began to decline and turn into ruins.

Today, you can still see the well-preserved church ruins with the tower and the remains of one wing of the monastery building. The monastery lies outside the main roads and major tourist paths, which on the one hand helped to maintain it in a fairly good condition.

The civic association KATARÍNKA in cooperation with the Association of Christian Communities of Youth tries to save the ruins of the monastery and the church through the Katarínka project. It is a project in which young people try to save this monastery from further desolating and ruining in the form of summer camps.

You may need some: accommodation Dechtice

Nearby things to do at Katarínka Monastery

The Trnava village of Naháč is known for the work of the enlightened writer and pastor Juraj Fándly, who lived here for a part of his life. Juraj Fándly lived and worked ...