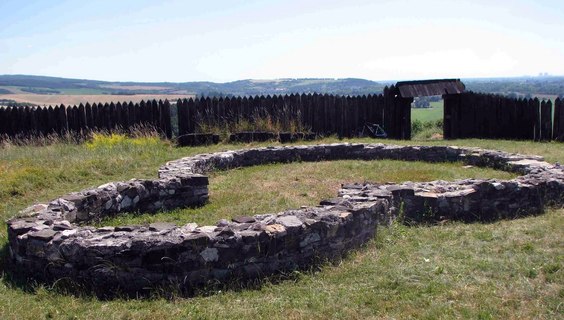 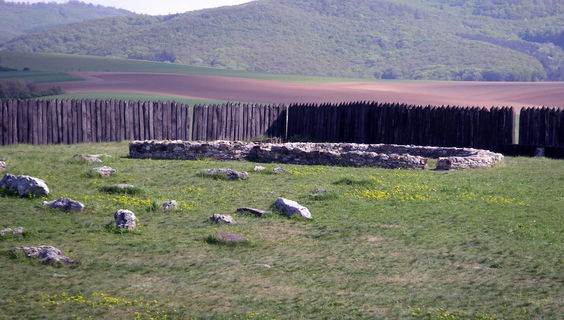 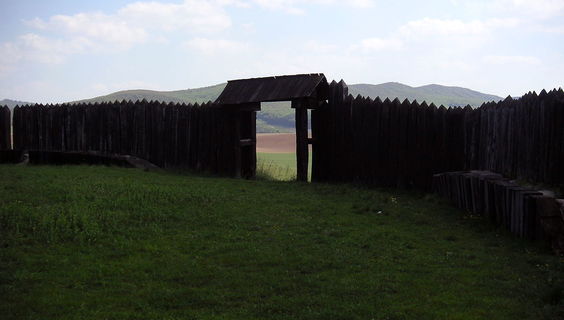 On the outskirts of Považský Inovec, which rises above the village of Ducové near Piešťany, a fortified court of the Great Moravian magnate once stood. This place is located on the rocky promontory Kostolec near the village Ducové.

Kostolec is a Great Moravian fortified settlement and an important archaeological site. Thanks to its advantageous position near important ancient roads, the site has become an inhabited place in several prehistoric times.

At present, there are remnants of the Great Moravian court from the 9th century, with the preserved foundations of the rotunda church and the period reconstruction of the palisade fence.

The remains of the church were consecrated again on the feast of of Sts. Cyril and Methodius in 1990, and since then, St. Mass in honour of the arrival of the Byzantine mission to Great Moravia is taking place every year.

This territory is declared a national cultural monument. The area is open to the general public. Information boards will also inform you about historical moments too.

The location on the hill is also ideal for walking. The ascent is unpretentious, just about 10 minutes on a dirt road from the village of Ducové, and there is also a marked cycling trail or educational trail. From the top, you will enjoy a nice view of the surrounding countryside.

You may need some: accommodation district Piešťany

Nearby things to do at Kostolec - Great Moravian Court

Indulge in a great relax. Start by walking along the fountains in the center of Piešťany right after the delicious breakfast. Up to seven procedures await you, thanks to ...

Beautiful afternoon or weekend with your children can be experienced in the middle of the green hills of western Slovakia behind the village of Modrová. Here you can find...

Horná Streda Lake lies about 8 km north of Piešťany near the Váh canal. The lake was created by gravel mining and is popular for its exceptionally clean water.