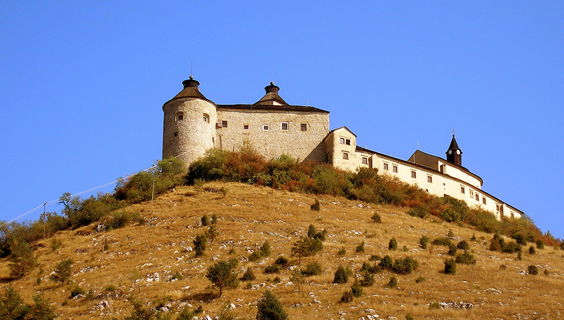 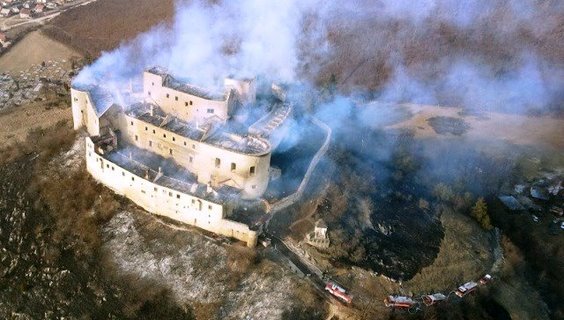 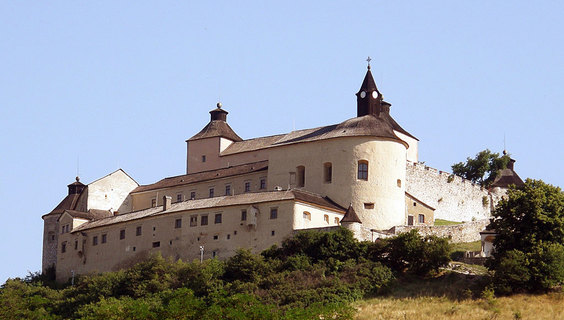 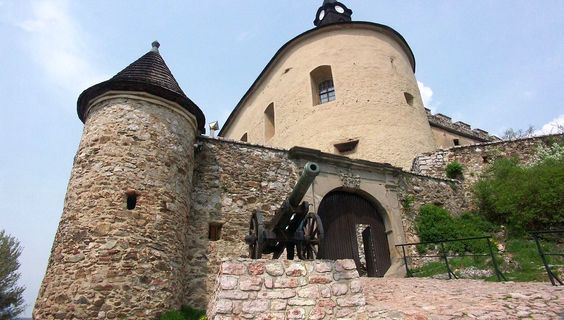 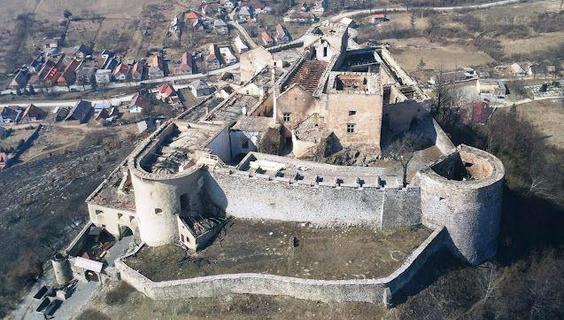 Krásna Hôrka Castle is closed since March 10, 2012 due to reconstruction works.

The picturesque Gemer area in the very heart of Slovakia boasts of an unprecedented cultural and historical monument - the Krásna Hôrka Castle. A lonely but well visible hill above the village of Krásnohorské Podhradie became a place for the construction of this castle in the 14th century. The first written mention of the castle dates back to 1333 and from that time on, the castle of Krásna Hôrka ruled the valleys and towns of this area for centuries.

The history of the castle is connected with the Bebek family. They received it on the basis of the donation deed of Béla IV. In the 16th century, Krásna Hôrka Castle underwent a major reconstruction and modernization.

After the Bebeks, Andrássy family became the lord of the castle, who enriched the castle not only with regard to historical events, but also with architectural treasures in the spirit of late Renaissance aristocratic residences.

The castle has been a national cultural monument since 1961. It houses a museum with precious historical furniture.

The tour of the castle begins in the lower castle, where the original castle kitchen with an interesting picture of God's eye attracts attention. It is followed by a tour of the upper castle and the northwestern bastion, continuing in the old Bebek buildings and in the Gothic tower, where there are rooms documenting the life of Countess Frances, and in the central parts of the middle castle. The extensive tour ends in a chapel where the body of Sophia Sereda is exposed.

A 3 km long road from Krásnohorské Podhradie lead to the castle. You can take it by car or on foot. The surroundings are truly wonderful, so a small trip is worth it. In addition, the Gemer area is rich not only in historical sights, but also in tourist locations.

You may need some: accommodation Krásnohorské Podhradie

Nearby things to do at Krásna Hôrka Castle - in reconstruction

Andrássy's Picture Gallery in Krásnohorské Podhradie was built by Dionysus Andrássy in 1908-1909, the owner of the beautiful Krásna Hôrka estate, in order to place his va...

The Andrássy Mausoleum is an extremely valuable monument of Art Nouveau architecture and sculpture. It is located in a quiet and picturesque area of Krásnohorské Podhradi...

A unique natural creation located below the surface of the Slovak Karst is Krásnohorská Cave near the village of Krásnohorská Dlhá Lúka. This charming cave is included in...

An inseparable dominant of the historical center of Rožňava is the late Renaissance watchtower. It was built during the Turkish threat in 1643-1654 on the site of the ori...