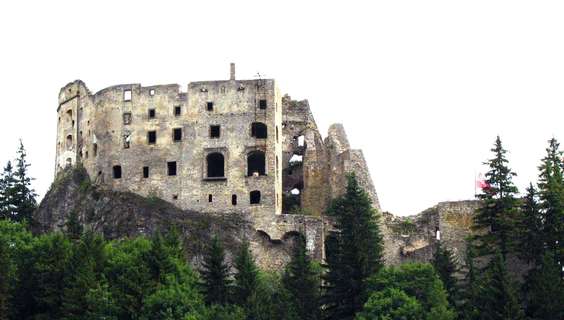 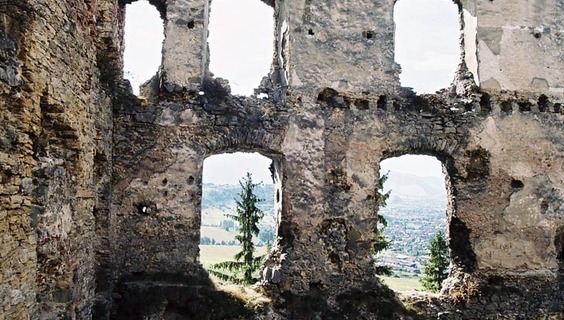 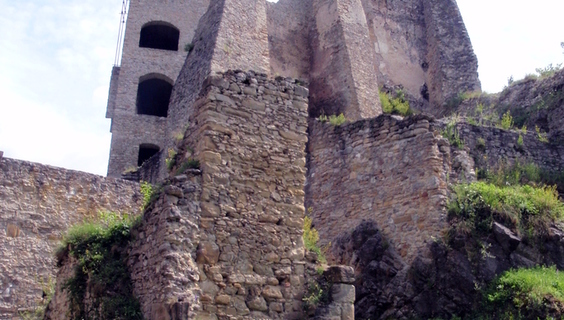 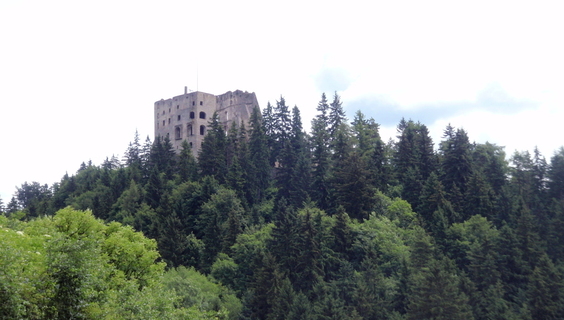 Once a powerful royal guard castle, from which only well-preserved ruins have remained, stands high on the castle hill above the village of Likavka.

The castle was relatively modest settlement - the vaults were only in the cellar and the other rooms had wooden ceilings. Perhaps the only gem were glass windows that were made by the glassworks in the Middle Ages belonging to the castle.

Likava Castle was built in 1341 by the Zvolen administrator Dvonč. For some time, it served as a military dormitory and a county prison. The castle's architecture is indeed impressive and therefore the palace complex ranks among the highest buildings of its kind in Slovakia.

Entrance to the castle is controlled and symbolically charged. It is only open to the public during the summer season. You can go to the castle from the bus stop "Likavka hrad", near which there is a parking lot and a restaurant. The hike there is undemanding, thus suitable also for families with children.

It is certainly advisable to combine a visit to the castle with tourism. The rich tangle of hiking trails are offered by the wonderful surrounding Choč Hills.

You may need some: accommodation Likavka

Nearby things to do at Likava Castle

Rather small but newly built family-type ranch located in a pleasant and quiet area of the village of Likavka. Big and small can come and relax here and there are plenty ...

Wherever you are in Ružomberok, you can always see it. Tall, powerful and inviting for hikes. Such is the hill of Čebrať, which is part of Šípská Fatra.

You and your team are sent to an old, mysterious and abandoned house that hides its well-hidden secrets. Can you uncover them all and escape?

Do you know the feeling wh...

Experience unique relaxation in newly opened wellness center, which is the largest in Ružomberok. Let yourself be lured by the idea of perfect rest for your body and mind...

If you are interested in the topic of scouting and you are curious about its origin and development from the past to the present, the Scout Museum of Vaclav Rubeš in Ružo...

The remarkable rocky creation at the foot of Mních Hill (Monk Hill), just outside the Liskovská Cave, attracts tourists from a far distance. It is the Rock Fist and it is...

A perfect example of the natural wealth of Liptov is the cave system created at the top of Mních Hill. There are remarkable rocks with lots of crevices, cracks and even a...

In Ružomberok, directly below the Church of St. Ondrej, you can find Andrej Hlinka Mausoleum, also known as the Andrej Hlinka Memorial. The construction of the mausoleum ...