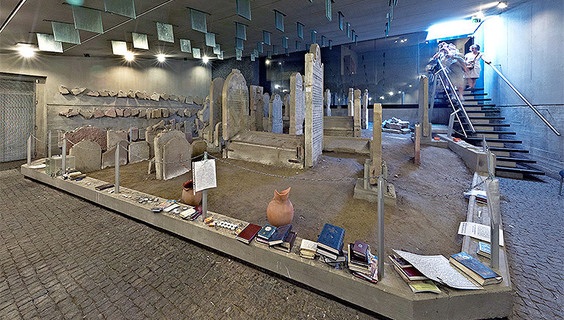 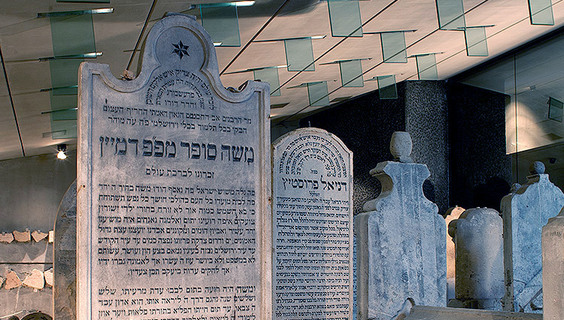 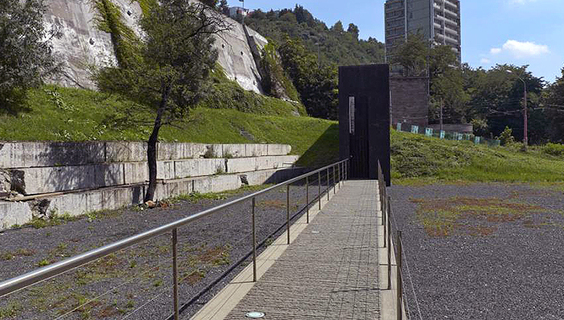 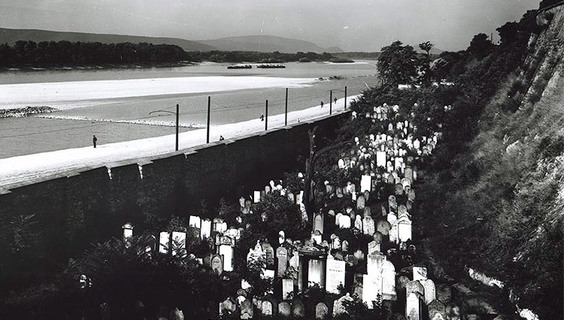 The unique place of reverence in Bratislava, reflecting the history of the Bratislava Jewish community, is the Chatam Sofer Mausoleum. Chatam Sofer was an important Orthodox rabbi and scholar in Bratislava. In 1806, he founded a religious school in the former Pressburg, which at that time was well-known throughout Europe.

The place where the mausoleum is located is the remains of an ancient cemetery, which was destroyed in 1943 as a result of the construction of a tunnel for the tram line. However, graves of 23 important figures of the Jewish community have been preserved in the underground spaces. The whole complex underwent reconstruction in 2000 - 2002.

The tombstones were restored and thanks to the work of architect Martin Kvasnica, who created a remarkable work that met the strict requirements of the halakha as well as the highest standards of contemporary architecture, this place managed to restore dignity.

The mausoleum is mainly visited by Orthodox Jewish pilgrims from around the world, but the area is open to the general public of any religion. While visiting this place, visitors need to wear decent clothes. Men require headgear. Women must wear long skirts or trousers and shoulders must be covered.

Nearby things to do at Mausoleum of Chatam Sofer

The Museum of Carpathian German Culture is based in the Sunyal Curia in Bratislava. It is a specialized museum of the Slovak National Museum. The museum focuses on the co...

The Museum of Hungarian Culture in Slovakia is a specialized museum of the Slovak National Museum. It focuses on the history, material and spiritual culture of Hungarians...

In our capital, there is a Renaissance building of Kamper's mansion on Žižkova Street, which is currently the seat of the Archaeological Museum - a specialized museum wor...

Not visiting Bratislava Castle is like not being in Bratislava at all. This is how the pride and dominance of the capital city of Slovakia can be characterized. This maje...

Show children that fun is not just funfair or computer games. Show them a completely different dimension of fun. Show them the optical illusion and aliasing they won't be...

The Austrian mountain of Braunsberg is a popular location for all cyclists. It lies just 13 km from Lafranconi Bridge, where your cycling adventure can begin. The beautif...