Memorials of the Slovak National Uprising in Dvoly

Memorials of the Slovak National Uprising in Dvoly 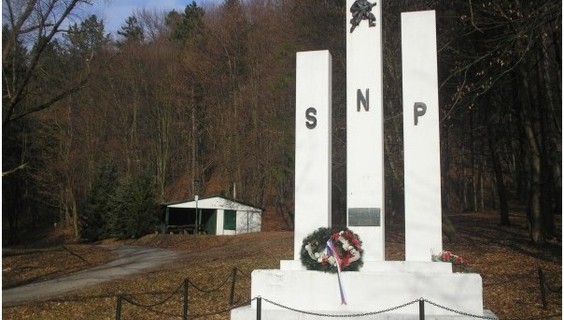 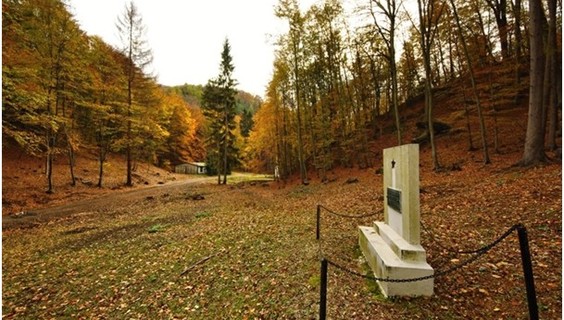 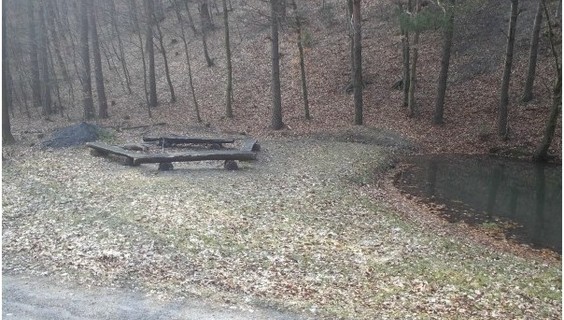 The first struggle in this area broke out on 8 September 1944, when partisans attacked the German convoy near Košariská. The Repta's group also fought harsh battles in the U Rehušov settlement, where the Slovak National Uprising memorial is also located. The partisans took various diversionary actions around and together with the Red Army liberated Brezová pod Bradlom on April 7, 1945. After the liberation, the Slovak National Uprising monument was built in memory of these events in Dvoly.

There are marked hiking and cycling trails from the surrounding villages leading to Dvoly and the fastest way to get here is the yellow tourist trail from Brezová pod Bradlom alongside the former refugee camp (there you can park your car, because you cannot go further by car). You continue through the beautiful valley until you come to the blue tourist mark and it will lead you to the monument. There is also a hunting lodge with a sitting area and a small lake at the monument.

By continuing along the forest road, you can go to Dolné or Horné Košariská and from there follow the nice cycling trail along the Brezová dam back to Brezova pod Bradlom. There are more opportunities for refreshment in Košariská. The circuit has a total lenght of about 8 km and is suitable for hiking and cycling.

In 1968, Milan Rastislav Štefánik began to become known again after the political changes in Czechoslovakia. Visitors started to visit Bradlo - the last resting place of ...

You can discover the unique natural beauty of the region of scattered settlements by wandering in the local forests. Do not expect any majestic hills rising to incredible...

The Barrow on the Bradlo Hill is a reverent place where Milan Rastislav Štefánik is buried - one of the most important Slovaks and co-founder of the first independent Cze...

Before you go to the Barrow of M. R. Štefánik on Bradlo Hill in the center of Brezová pod Bradlom, you will find the National House "Štefánikov" right on the square and i...

There is a countless number of lookout towers and observation towers in Slovakia. But if you are looking for a one that has an unconventional design and has its twin, do ...