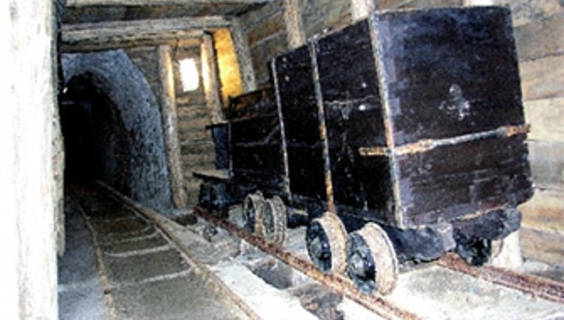 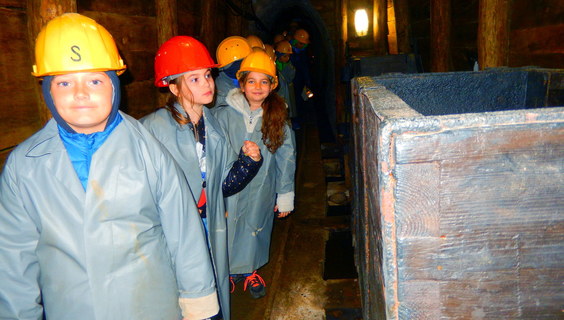 In the nature of Banská Štiavnica, in the picturesque valley below the Klinger tajch (water reservoir) on the outskirts of the town, there is the Mining Museum (open-air museum). The mining museum has two expositions - surface and deep.

The most significant exhibit of surface exposure is clearly Kachelman's water-column towing machine, moved here from the Lill shaft in Hodruša.

The biggest attraction of the deep exposition is going down the shaft to Bartolomew gallery, which you will pass in the mining cloak, with a helmet and with a lantern.

The guided tour will introduce you to the 17th-19th century mining works, old mining tools and equipment. The most valuable exhibit is the underground horse capstan from the second half of the 19th century. It reminds of times when two thousand horses and the same number of people were pumping groundwater. It is the only rescue facility of its kind in Slovakia.

Even during the hot summer, don't forget your jacket or sweater and sturdy shoes.

Nearby things to do at Mining Museum in Nature

The region of Banská Štiavnica is rich in natural pools, gravel pits, lakes and mysteries. During the summer, holidaymakers have several options to choose from to refresh...

Discover the beauty of Banská Štiavnica in a fun and unconventional way. Will you reveal all the secrets and find the mythic Štiavnica treasure?

City Game is an adventur...

Nativity scene in Banská Štiavnica is one of the largest wooden, moving nativity scenes in Slovakia. It depicts the development, history and traditions of one of the most...

The historical heart of the town of Banská Štiavnica consists of period burgher houses. In three of them, decorated with beautiful ornamental facade decoration, houses th...

Banská Štiavnica is an exhibition hall of historical monuments. This hall includes also an Old Cheatau, which is a kind of stone chronicle of this mining town. The Old Ch...