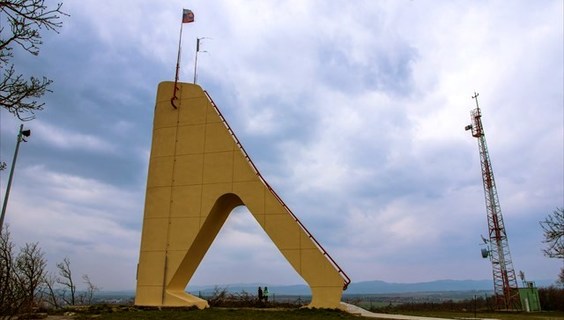 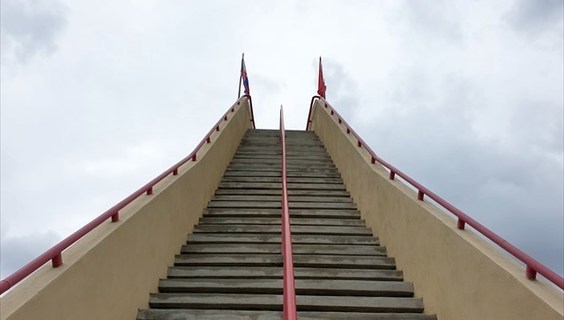 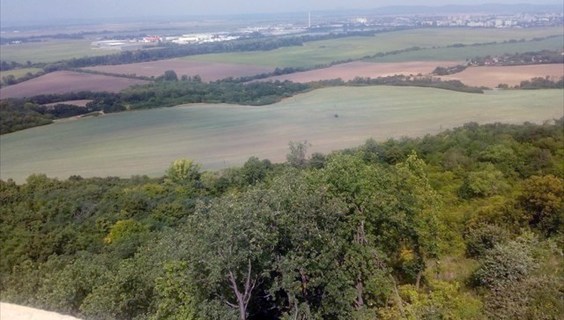 Not far from the town of Levice, there is a small travertine hill called Vápnik, which is a pleasant place for relaxation or family walks in the lap of nature. At the top, there is a monument called Šiklóš, which also serves as an lookout tower.

The tower-monument was built in 1961. The basic building material is concrete. It is a symbol of the Staff observatory of the 2nd Ukrainian Front and its commander, Marshal R. J. Malinovsky, who conducted military operations to liberate southern Pohronie and later Bratislava from this place.

The lookout tower is 9 m high and you need to climb 41 steps to get to the viewing platform. From the lookout, you will have a wide view of Levice and its surroundings, which is dominated by Levice Castle. Its enchanting beauty will also show you the surrounding mountains, especially the Štiavnica Hills with the Sitno and Priesel Hills, Pohronský Inovec, Tríbeč and the Hungarian Novohradské Hills.

At the lookout tower, there is a small shelter with a table and benches, which serves well in bad weather. There is also a fireplace with four benches and a wide area bounded by a smaller wood. The lookout tower can be visited all year round.

You may need some: accommodation district Levice

Nearby things to do at Monument - Lookout tower on Vápnik

Located 6 km from the center of Levice in the Kalinčiakovo district, the Margita - Ilona recreation center is the most sought after and the largest tourist center in the ...

The Romanesque church in Kalinčiakovo is considered one of the most beautiful in Slovakia. The ancient church dates back to the mid-12th century and attracts attention no...

The Tekov Observatory in Levice was founded on January 1, 1956 and is the third oldest observatory in Slovakia. In addition, its uniqueness lies in the fact that this ins...

Atlantis Center in Levice belongs to the network of unique experience centres. There are plenty of interactive objects waiting for you to discover physical laws and natur...