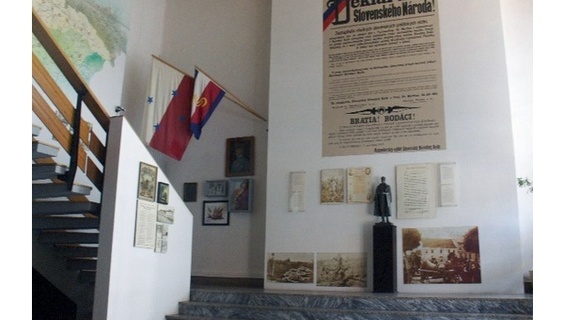 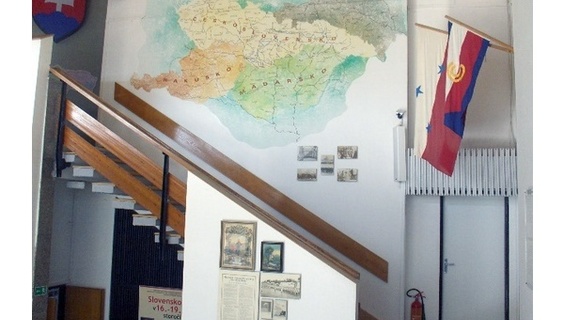 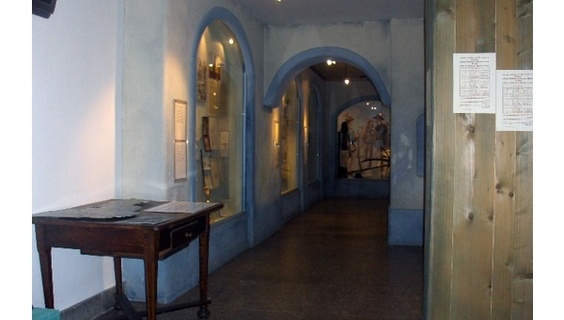 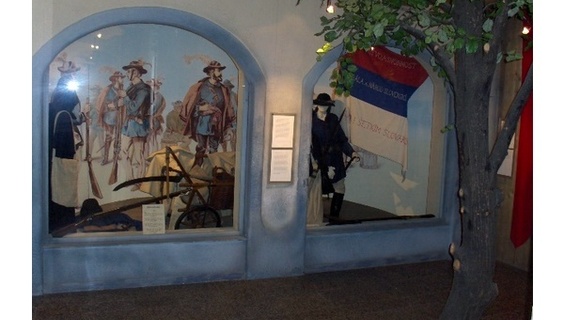 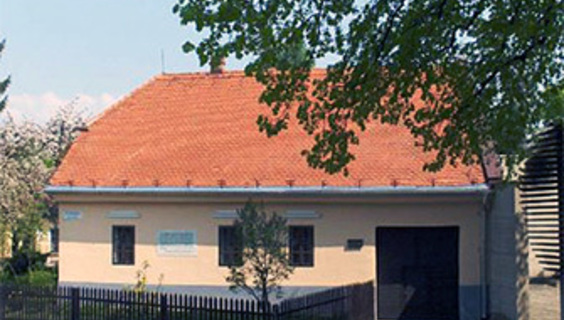 The exhibition is installed in the pavilion at the house of Anna Koléniová, where on 19 September 1848, the first Slovak National Council met for the first time.

In addition to the permanent exhibition, the museum also presents attractive short-term exhibitions. In the atrium of the museum, there is also a sculptural group of K. Patakyová: The Nation Awakening from the Bondage, a tall bronze relief of R. Pribiš: At the Time of Bondage, a bronze sculpture by J. Kostka: The Binding of the Years and the sculpture of Š. Belohradský: Slovak Linden.

The complex is a national cultural monumentand besides the house of Anna Koléniová, it is made up of two other objects, buildings from the 20s - 40s of the 20th century, houses of J. Bradáč and Kubovčiak, which are connected by a connecting pergola.

You may need some: accommodation Myjava

Swimming pool in Myjava is part of a modern sports complex, which consists of several relaxation and sports facilities.

Even in today's modern and technically advanced time, you may find yourself in a time when mowing was done manually, when fields were cultivated by pulling power of cattl...

The Turá Lúka - Hrajky Lookout Tower is located on the significant hill of Myjavská Uplands called Hrajky, near the village of Turá Lúka and the main road from Myjava to ...

The ruins of Branč Castle are situated on the hill of Myjava Uplands above Podzámok - the local part of municipality of Podbranč. The castle is divided into two main part...