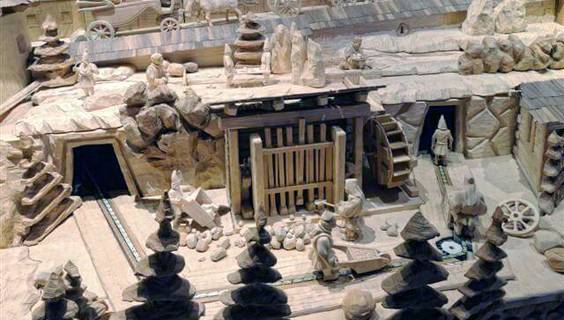 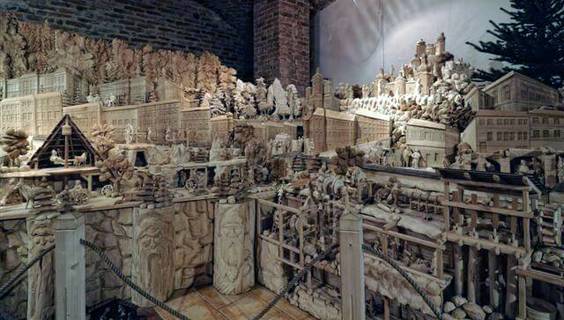 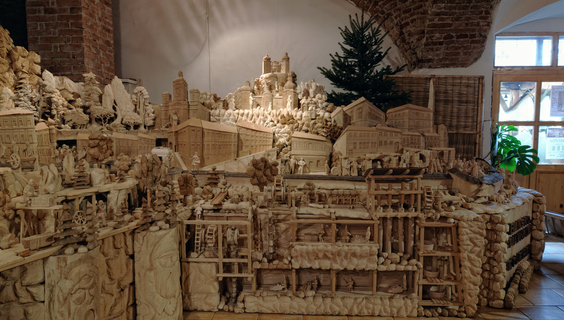 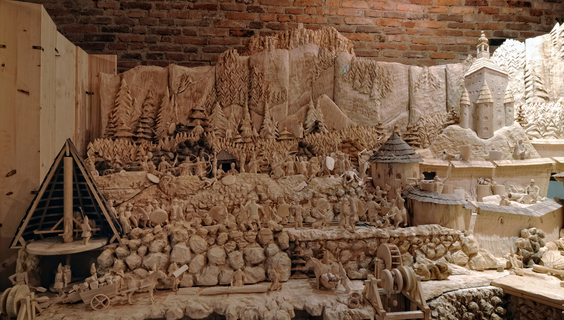 The author of nativity scene is Ing. arch. Peter Chovan / b. 1969 /, native of a small village Dekýš near Banská Štiavnica, living in Banská Štiavnica. It contains about 800 characters - of which about 400 are movable. Woodworking is far from over, as Banská Štiavnica is an inexhaustible source of ideas and inspiration for the author.

Nearby things to do at Nativity scene in Banská Štiavnica

Discover the beauty of Banská Štiavnica in a fun and unconventional way. Will you reveal all the secrets and find the mythic Štiavnica treasure?

City Game is an adventur...

Banská Štiavnica is an exhibition hall of historical monuments. This hall includes also an Old Cheatau, which is a kind of stone chronicle of this mining town. The Old Ch...

One of the most fascinating expositions of Slovak Mining Museum is certainly the Mineralogical Exposition located in the national cultural monument of the Berggericht - a...

The historical heart of the town of Banská Štiavnica consists of period burgher houses. In three of them, decorated with beautiful ornamental facade decoration, houses th...

The Slovak Mining Museum is the only one of its kind in the territory of Slovakia. It was founded in 1964 by the fusion of the City Museum and the State Mining Museum Dio...