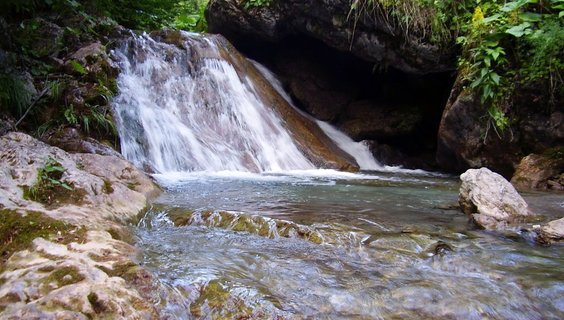 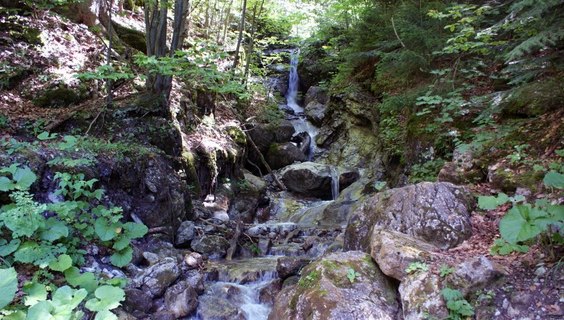 One of the valleys, which divide the massif of the Greater Fatra and the mouth of the Turčianska Basin, is the Necpalská Valley. It lies north of Blatnická and Gaderská Valley near Gader.

The Necpalský brook flows through the Necpal Valley, which creates several waterfalls here, which are also called Necpal Falls. The first of Necpalská valley waterfalls - Revúcky mlyn, which is the most striking of all - lies in the part called Balcierovo.

Tourist starting point to Necpalská valley is the village of Necpaly (about 11km) and you can get here by bike along the bike path. The blue-marked hiking trail leads through the valley to the chalet below Borišov, which is built in a saddle below the top of Borišov. Tourism in this area is very pleasant, as asphalt road leads almost through the entire valley.

You may need some: accommodation district Martin

Nearby things to do at Necpalské Waterfalls

Borišov Hill is a piece of a fabulous paradise in Great Fatra, not far from the well-known and popular Ploská Hill. Many tourists appreciate the local natural beauty.

The nature of Liptov region is magical. Therefore, it is no surprise that it welcomes many tourists from entire Slovakia and abroad every year. One of the most popular pe...

Tourism in the GreaterFatra is different than in the Tatra Mountains. There, you do not have to overcome endless meters, climb rocky sections and meet crowds of tourists....

The region of Turiec is known for its many natural rarities and attractions. These include the beautiful Došná Waterfall, located in the Greater Fatra National Park, near...

One of the most famous and most visited valleys of the Greater Fatra is Gaderská Valley. At its end, you will find an interesting rocky portal - the Čertová brána (Devil'...

One of the traditional lookouts of the Greater Fatra is the Kráľova skala (King's Rock). This distinctive cliff is situated near the intersection of hiking trails in the ...

Black stone is certainly known to every tourist, it is one of the most visited mountains of the Greater Fatra. It is characterized by its sharp and rocky profile, which c...

Liptovské Revúce
5.8 km
Educational path through the ridge of the Greater Fatra
Hiking

The Greater Fatra Mountains themselves are extremely fascinating and rich in unique natural phenomena, which can be understood even more thanks to educational trails. For...