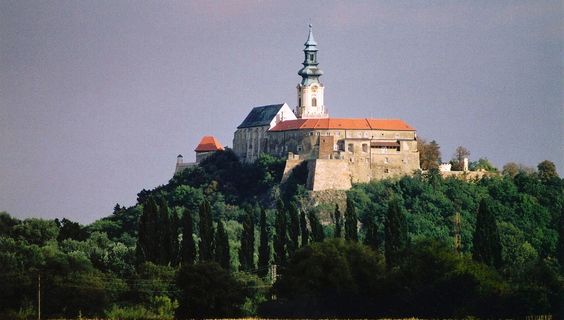 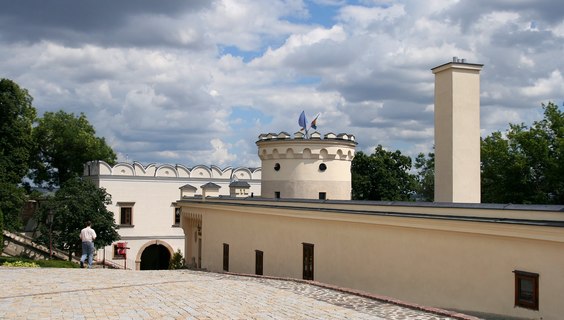 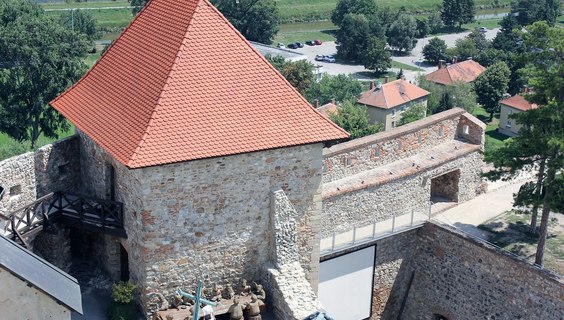 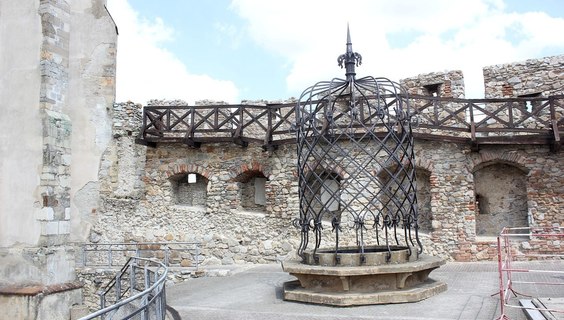 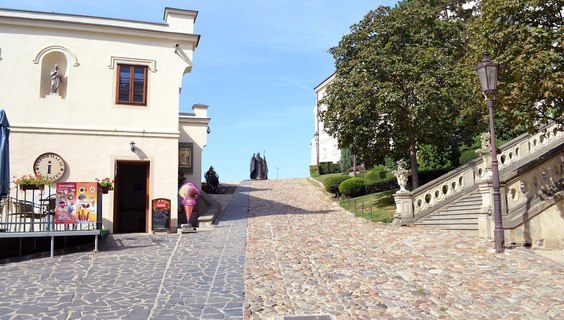 The Nitra Castle rises spectacularly above the town of Nitra. It stands on a rock cliff, on the site of an old high Slavic hillfort, which was originally surrounded by the meador of the Nitra River. The castle was in the past perfectly fortified and withstood several devastating attacks.

The magnificent landmark of the castle grounds is the cathedral, the bishop's palace and the massive fortifications with protruding bastions. The oldest preserved building is the Romanesque church of St. Emeram, in which there is a rare Gothic fresco - Death and Crown of the Virgin Mary and the relief of Laying in the Tomb, which is part of the Selepčéni's altar from 1662.

At present, the castle is the seat of the Episcopal Office. There is also the Diocesan Museum, which is the first museum of its kind in Slovakia. Visitors can see several exhibitions here, including facsimiles, liturgical objects and copies of medieval documents that document the history of our diocese, the Nitra Chapter and the Zobor Monastery.

Nitra Castle can be visited individually, or you can order a guided tour with commentary by the lecturer. In the area of the castle, you can visit the shop of St. Vojtech or refreshment at the Castellum Cafe.

Nearby things to do at Nitra Castle

0.1 km
Sculptural group of Saints Cyril and Methodius
Other attractions