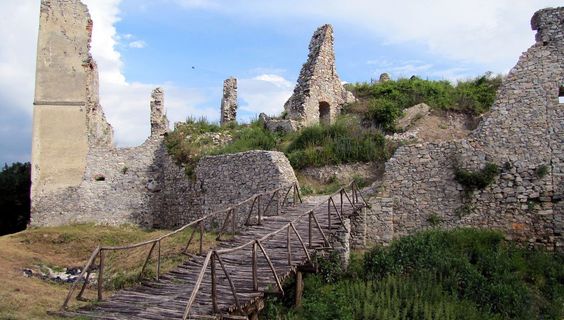 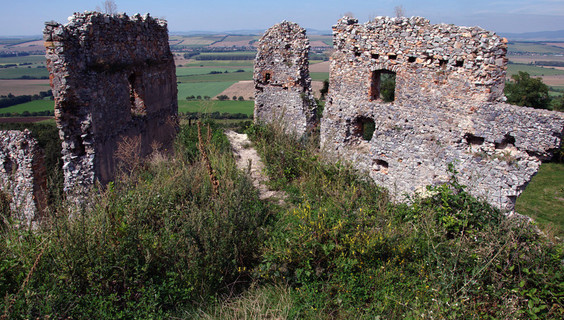 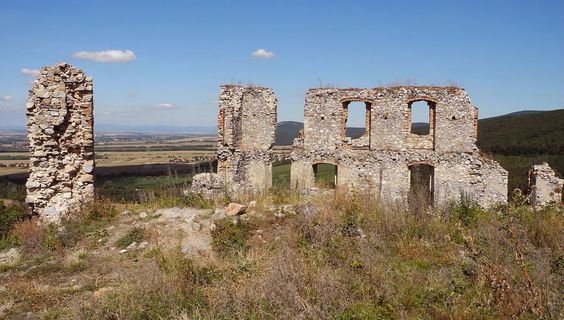 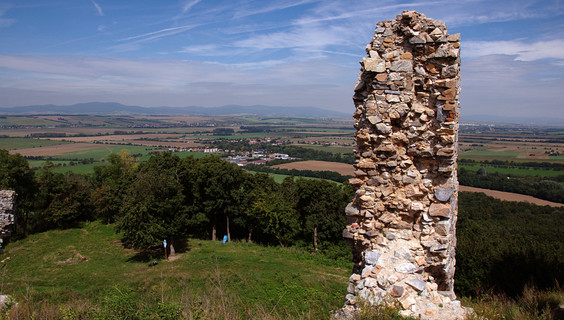 The Oponice Castle - more accurate ruins of the castle - is located on the western tip of the mountain of Tribeč above the village of Oponice. The first written mention of the castle dates back to 1300. The founders and the first owners of the castle were the members of Csáky family

The castle was conquered and damaged in 1430 by the Hussite troops but was immediately repaired. Gradually, it was getting into the hands of poorer and poorer owners, who, on one hand, tried to restore during the 16th and early 17th centuries as part of the anti-Turkish defense, but on the other hand, with great financial difficulties.

Disputes over the property of the Apponyi family between two brothers, which had flown since 1612, contributed to the demise of the castle, and its owners in 1645 finally left it and moved to the extramural settlement.

The tallest tower, originally extended from a small castle complex, has not been preserved. Like the original medieval upper castle and tower, it succumbed to the tooth of time. The perimeter wall, which surrounds the castle core, creates a ravelin.

The best preserved is the western part of the fortification with a massive corner bastion. The newest building of the Apponyi Palace, which was built in the 16th century, is also well visible.

The castle can be reached from the village of Oponice along the green tourist trail, leading you directly to the castle. After the green trail, you will follow the flat road, after 30-45 minutes of your you start noticing turns off the main tourist route. Turning to the castle is a little less visible, but if you are attentive enough, you don't have a chance to miss it.

You may need some: accommodation Oponice 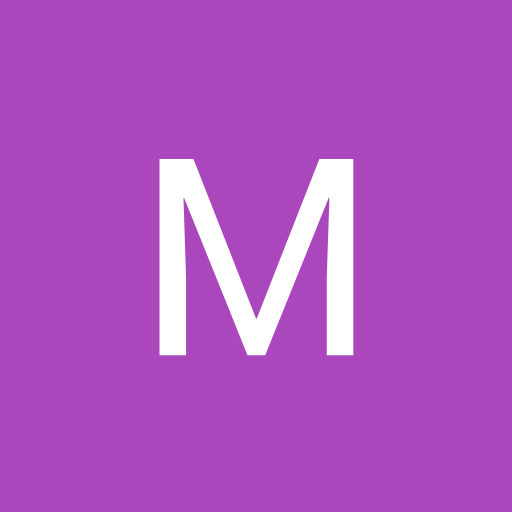 Nearby things to do at Oponice Castle

deal
1.9 km
Stay at Château Appony **** with wellness and half board
Other attractions

Holiday in the mansion? When you stay at the Château Appony **** such dreams come true. Everything is ready for your arrival. Beautiful surroundings, tasty half board, wh...

Relax in the fabulous atmosphere that has made Château Appony **** famous. In the lap of the beautiful nature of the centuries-old trees, the jewel of architecture, built...

The Aponnyi Library of Oponice is a divine paradise for all bookworms as well as history lovers. The library is the most beautiful interior library in Slovakia, which ho...

A rare historical building in the picturesque village of Oponice is a Renaissance mansion dating from the 16th-17th century. The locals also call it Small Chateau. It use...

The ruins of Gýmeš Castle are situated on the steep Dúň hill, about 5 km from the village of Jelenec. In the past, it was the center of the surrounding Gýmeš County (Hung...

The Tribeč mountain range is situated in the Fatra-Tatras region between the towns of Nitra, Partizánske and Zlaté Moravce. Its highest peak is Greater Tribeč towering at...

The Slovák family deals with breeding Haflinger horses, whose history dates back to the Middle Ages. You can find them in the picturesque village of Podhorany, near Nitra...