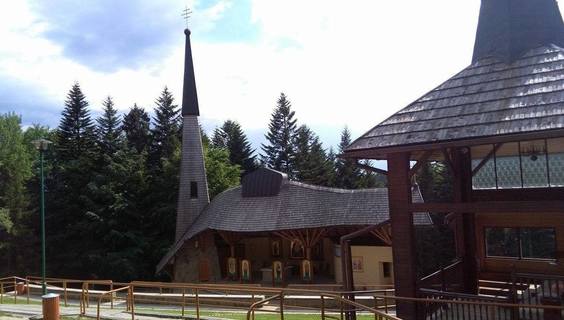 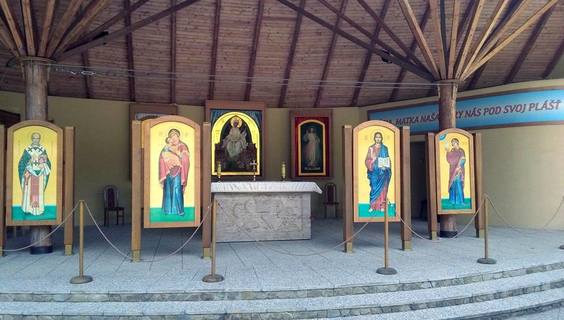 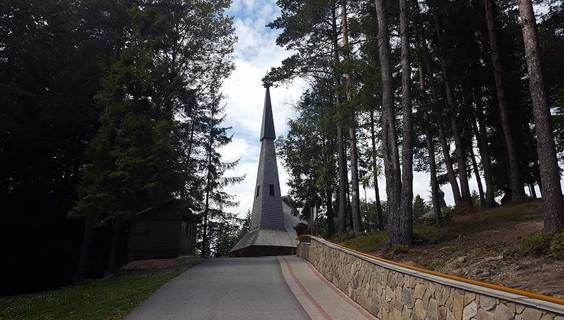 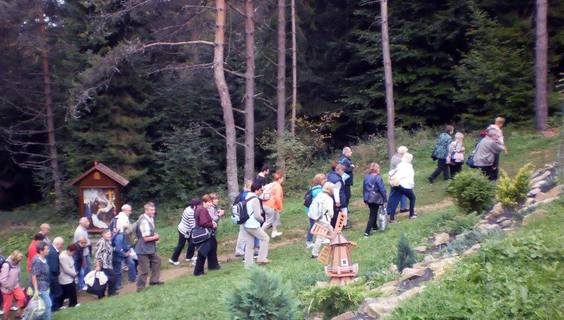 Above the village of Litmanová, at an altitude of 820 meters, there is a mountain called Mount Zvir rising. The idyllic environment is surrounded not only by beautiful nature, but also by a spiritual atmosphere. From August 5, 1990 to August 8, 1995, Mother of God appeared to 11-year-old Iveta Korčáková and 13-year-old Katarína Česelková in a tiny room of a log cabin - a "maydan" belonging to Vasiľ Korčák's family.

The spiritual messages that she left behind through two young visionaries, as well as the sense of her presence, persist here until today. Zvir has become an important pilgrimage site and is also part of the Jakubská road, which includes dozens of pilgrimage sites in many European countries.

Believers still come in large numbers to this place regularly. They meet most on Sunday after the first Friday of the month, and during the Main Pilgrimage on August 3 and 4. Zvir Mountain in Litmanova was promoted on 7th September 2008 and declared a Greek Catholic Marian pilgrimage site of the Prešov Archieparchia.

The area of this pilgrimage site is quite extensive. There is the Chapel of the Immaculate Conception of the Blessed Virgin and the Source of St. John the Baptist, which represents the source of rebirth and renewal in the Holy Spirit for every pilgrim.

You may need some: accommodation Litmanová

Nearby things to do at Pilgrimage site - Mountain Zvir

The Litmanova Ski Resort is located in the beautiful scenery of the Pieniny Mountains. The total slope elevation is 230 meters. Visitors are offered with 5 downhill slope...

In the northern part of our beautiful country, along the national border of the Republic of Poland, there is the Pieniny National Park, which is characterized by a very a...

Medieval military camp in Stara Ľubovňa is a natural museum that provides a detailed view of the life of soldiers in the Middle Ages, as well as the conditions in which t...

If you want to get to know the beauty, but also the demanding life of our ancestors living in the village, visit Stará Ľubovňa Castle. Right there, you can find Ethnograp...

Uncover ancient secrets, follow the footsteps of kings and discover all the corners of the Ľubovňa Castle, which since 1311 rises above the town of Stará Ľubovňa.

Discover the home of the first Slovak Nestville Whiskey in the exposition of distilleries and traditional folk crafts Nestville Distillery. It is located in the northern ...

The ski resort of Vyšné Ružbachy is situated in Pieniny Hills. The highest point of the resort is 808 m above sea level. The resort offers skiers 8 groomed slopes - espec...