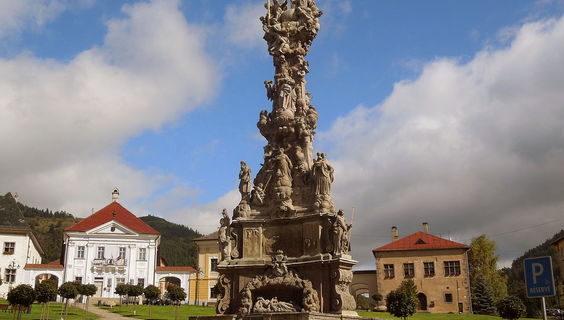 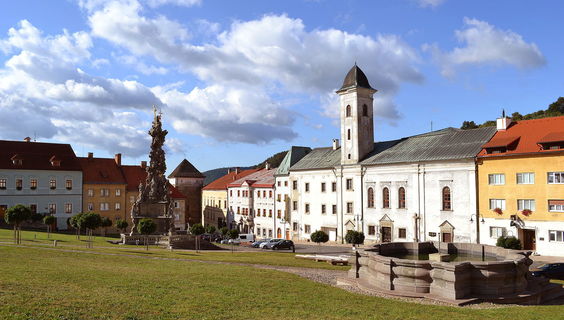 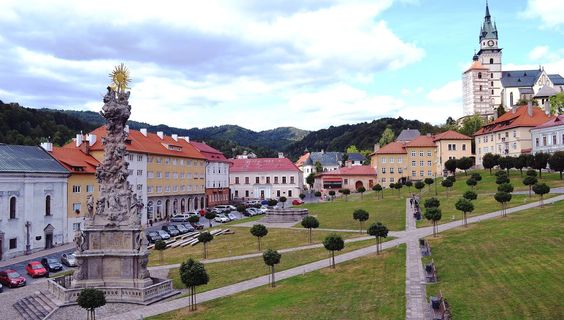 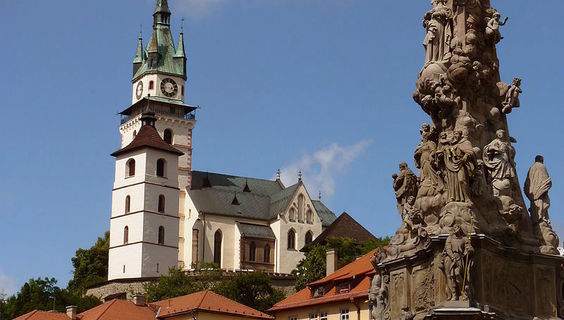 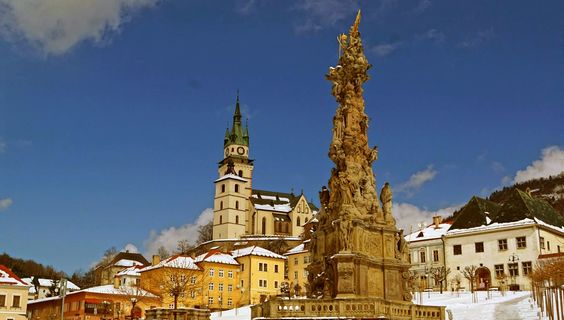 The year 1710 was a turning point for the free royal mining town of Kremnica. Even the massive stone walls could not stop the uninvited guest arriving on the wings of death. The plague crept silently and unnoticed every corner of the city.

These difficult days influenced the establishment of the plague column in Kremnica. Until now, it is a significant and dominant element of the whole Kremnica Square. The Plague Column of the Holy Trinity in Kremnica is a late Baroque building from 1765 - 1772.

The basic pylon of the triangular plan of the plague column of St. Trinity has a west-facing main side. The composition is dynamic, with many statues of saints (14 large baroque statues in life-size) and angels. The Plague Column is 20 meters high and at its top, there is a sculpture of the Holy Trinity. This masterpiece was created by Dionysius Stanetti and Martin Vögerle.

You may need some: accommodation Kremnica

Nearby things to do at Plague Column in Kremnica

0.1 km
Exposition of skiing history in Slovakia
Museums and history

Probably the most popular winter sport in Slovakia is skiing. Ski enthusiasts include recreational, active as well as professional athletes. That is why skiing in Slovaki...

Unique, the only one in the world, full of humor, but also memories - such is the Alley of Famous Noses in Kremnica. It is a reminder that humour and satire have made peo...

Mint in Kremnica is one of the oldest continuously operating enterprises in the Slovak Republic. Its history began in 1328, when the Kremnica settlement, which grew up ar...

The history of money ion the territory of Slovakia is best presented in the Museum of Coins and Medals. It is ocated right in the heart of the mining town of Kremnica.

The free royal mining town of Kremnica has not lost its historical charm even in today's modern age. It is one of the few cities in Slovakia that has preserved its magnif...

At the foot of the hill of Šturc, which rises near the mining town of Kremnica, there is a beautiful Calvary. The location where Calvary is built is also rare from a natu...

The "Green Path" tourist-educational trail will take you through interesting attractions of forests and meadows near the mining town of Kremnica. It is a trail focusing o...

Kremnica is a city with a rich mining history. If you want to get to know it and discover the hidden treasures of this “golden city”, you have to go to the place where it...