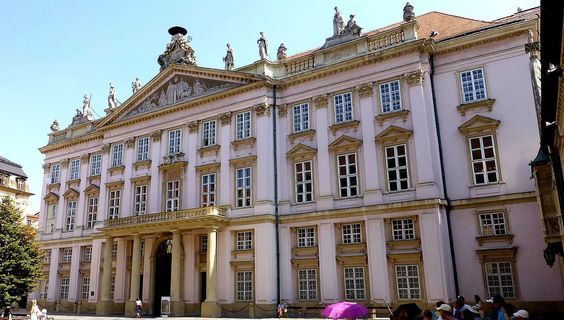 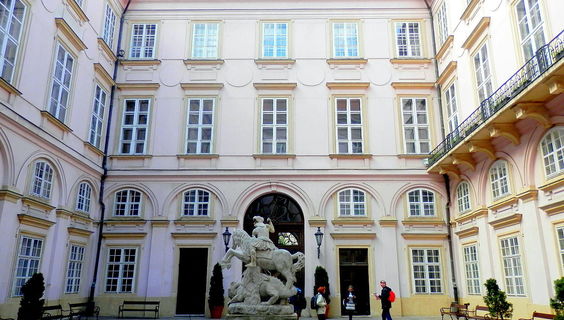 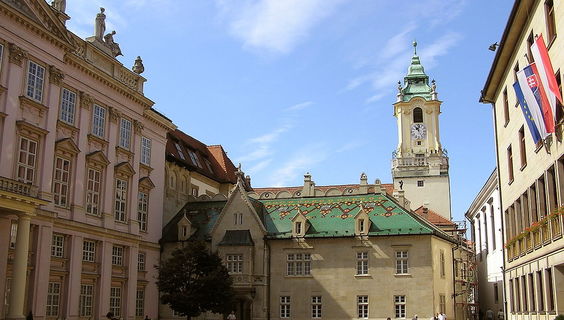 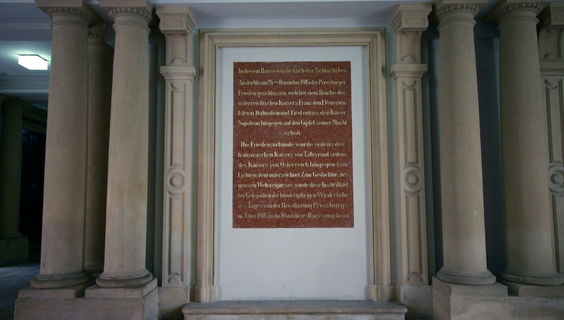 The Primate's Square in Bratislava is decorated with a luxurious classicist building dating back to the 18th century. The truly magnificent building of the Primate's Palace was built by Archbishop and Cardinal Joseph Batthyány and for some time served as his residence.

An important historical point remembered by this magnificent building was the year 1805. In this year, in the Hall of Mirrors, the Peace of Bratislava was signed between France and Austria. Opening sessions of the Hungarian Parliament have been held here and in 1848 the last crowned monarch Ferdinand V signed the March Laws here.

The Primate's Palace is now an inevitable stop for every visitor during a tour of the Old Town. At present, the palace serves as the mayor's seat and also hosts the city council. The first floor is open to the public. There is a collection of rare English royal tapestries from the 17th century.

The Hall of Mirrors of the Palace is used mainly for meetings of the municipal council, concerts or weddings. Part of the palace is the chapel of St. Ladislaus, where masses are held on Sunday and public holidays at 8.00 am.

The Primate's Palace is open to the public on a daily basis at 10.00 - 17.00 except Mondays. Visitors can also feel the perfect historical atmosphere in the immediate vicinity of the Primate's Palace. In the courtyard, there is a fountain of St. George (Dragon Beater) and in the square there is also the Penalty Well, where, allegedly, guilty persons were immersed.

Nearby things to do at The Primate's Palace

In honor of Bratislava's native and one of Europe's greatest composers and pianists, Johann Nepomuk Hummel, a museum was built in the Renaissance garden house. The exposi...