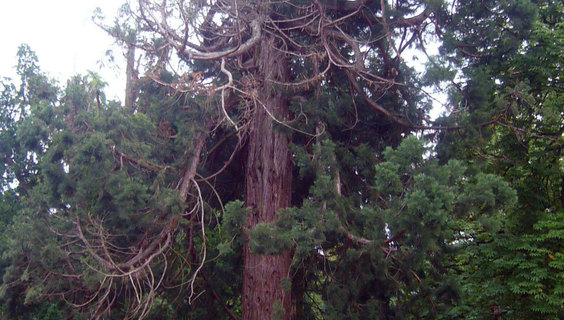 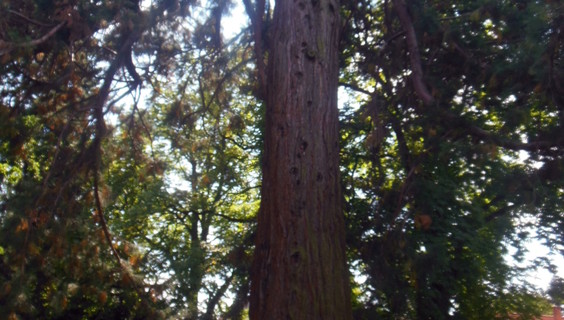 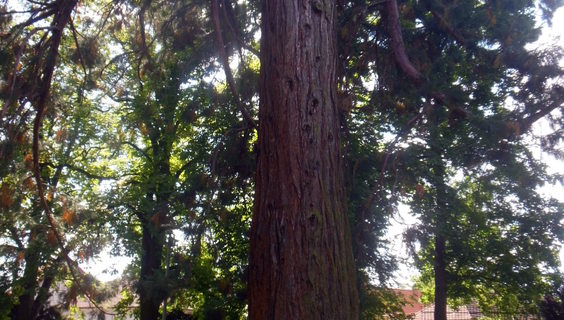 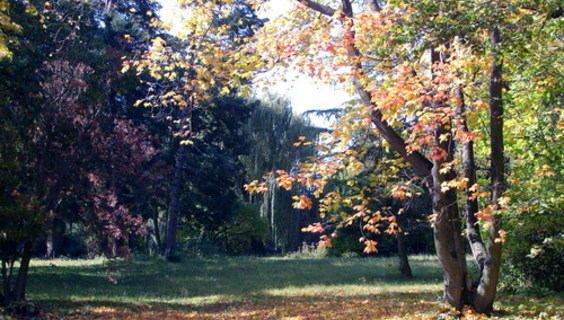 Nature is strong and can do various wonders that have been astonishing all nature lovers for centuries. Evidence of this is also a giant sequoia in Topoľčianky, which belongs to protected trees.

The giant sequoia is one of the oldest woody plants on Earth. It can reach height of 100 meters and can live up to 4,000 years. It was imported to Europe between 1853 and 1855 and was widely planted in chateau parks as ornamental woody plants.

The one in Topoľčianky belongs to one of thirteen sequoia trees in Slovakia. Its massive and tall trunk can be admired in the park of the local manor house, which is one of the most beautiful parks in Slovakia. In addition to the giant sequoia, you will also find many other rare and old trees here.

The open-country park in Topoľčianky stretches for two and a half kilometers along the Leveš brook from the village center to its edge. In 1982, it was declared a protected natural monument and since 1996, it has been included in the list of protected areas with a fourth degree of protection. The educational trail leads through the park as well.

You may need some: accommodation Topoľčianky 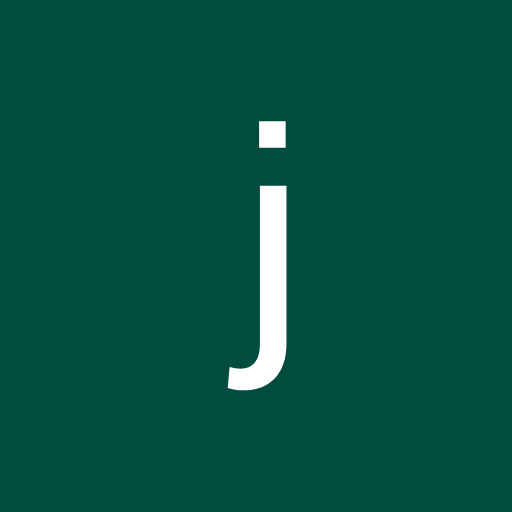 Nearby things to do at Protected tree - giant sequoia

The manor house in Topoľčianky with its extensive park is one of the most beautiful examples of architectural art in Slovakia. In the past, the castle was the summer resi...

Topoľčianky National Stud is one of the world's most important stud farms. It is a specialized facility for horse breeding in buildings with thoughtful architecture, urba...

Would you like to experience a little excitement with your family and get to know the natural and historical beauty of Slovakia? Head to Topoľčianky and turn right to Hru...

We offer rest and relaxation by the water and the opportunity to catch fish in a nice environment near the village of Krásny Majer. Individuals and whole families have th...

We offer you relaxation in beautiful natural scenery, on the main route Topoľčianky-Skýcov. The facility is located 2 km behind the entering board to Topoľčianky.

Topoľčianky
4.7 km
Mausoleum and park of the Migazzi family
Museums and history

In the town of Zlaté Moravce, in the park called by the locals Lipipark, there is the Mausoleum of the Migazzi family. The mausoleum was built in 1887 in the Neo-Romanesq...

North of the famous wine-growing village of Topoľčianky, the ruins of the Hrušov castle have been standing for centuries. Its remnants of massive walls and towers rise up...