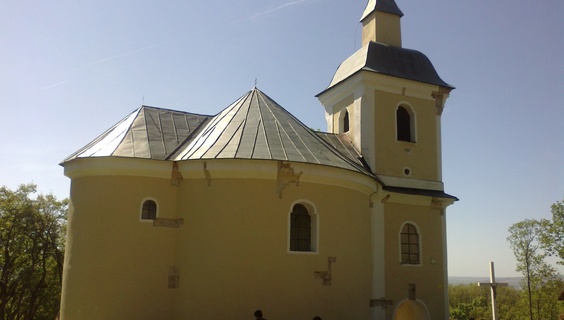 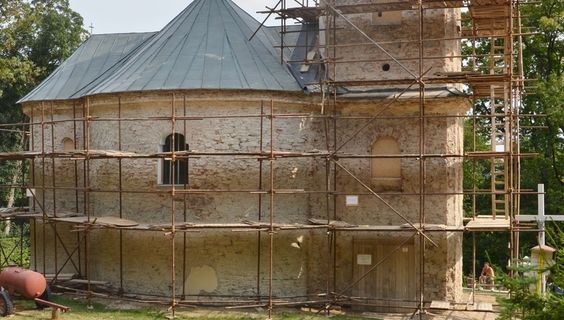 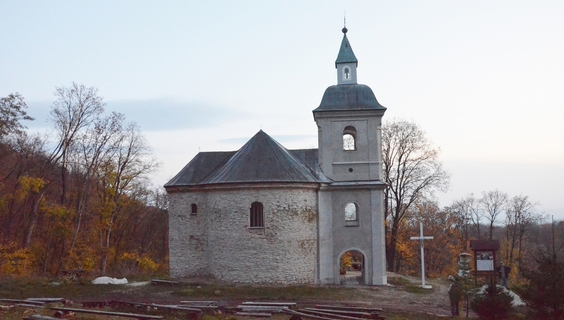 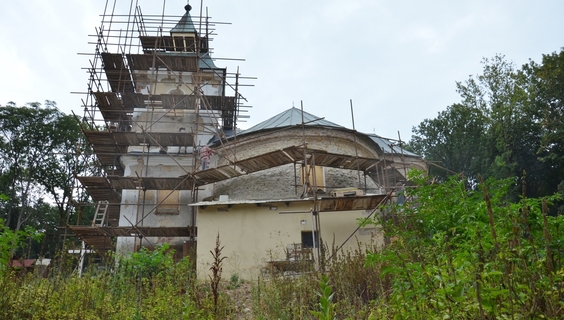 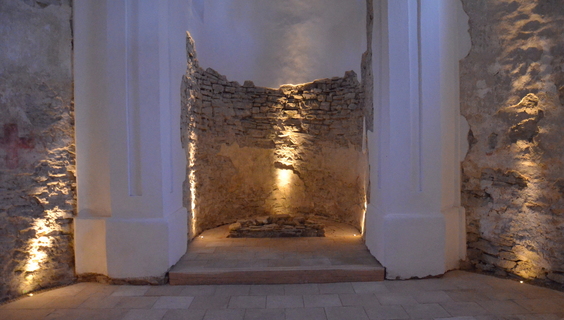 The church - the Rotunda of St. George is a national cultural monument and is located on a rocky spur about 5 km north of Nitrianska Blatnica. By easy climb we get under the foot of the hill of Marhát in the meadow called Púšť (Desert), where in the 9th - 10th century, there was a settlement surrounded by palisade. The inhabitants mainly dealt with iron ore processing. There were remains of dwellings, tar furnaces, jars and iron products. The settlement disappeared in the first half of the 13th century and its inhabitants gradually moved to lower locations.

The Rotunda of St. George with a horseshoe apse was founded in the 9th century. The archaeological research revealed 140 graves with interesting findings. After the inhabitants of the settlement left, the rotunda started to become desolate, and only in 1530 the owner of the forest had the church repaired and it became a place of traditional pilgrimages every Sunday after the feast of St. George.

The Rotunda is an important and well-preserved monument of the Great Moravian period. Despite the adjustments, it has all the signs of the old Slavonic churches from the 8th and 9th centuries. Pilgrimages are held here every year with a large participation of citizens from a wide range.

You may need some: accommodation Nitrianska Blatnica

Nearby things to do at Rotunda of St. George

The tourist lookout tower on the hill of Marhát was built in 2008, by municipalities associated in the organization called Microregion under Marhát - especially by the m...

If you go wandering the Považský Inovec, do not omit the area of Marhát, which is characterized by graceful nature abounding wildness and harshness of the rocks and cliff...

One of the publicly accessible caves in the Považský Inovec mountain range is the Great and Small Dolnosokolská Cave. These are two fissure caves in one created in the fo...

Near the town of Piešťany, there is the largest Slavic archaeological site in Slovakia - Valy in Bojná. This specific and extremely interesting location is kind of Slovak...

Enthusiasts of trips in the little-known corners of our Slovak nature will surely be pleased by the location of Čertova pec (Devil's furnace). It is a cave created by dol...

Radošina
6.5 km
Animal park at ranch below Babica
Other attractions

Ranch below Babica in the village of Bojná at the foot of Považský Inovec Mountains lies just 10 km from Topolcany. This place is a kind of hotspot. Every visitor, regard...