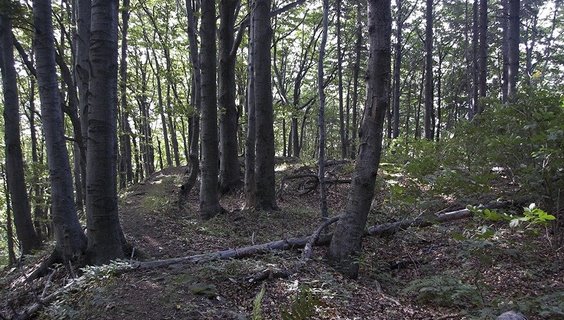 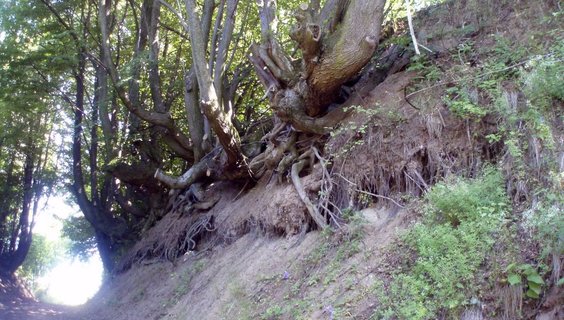 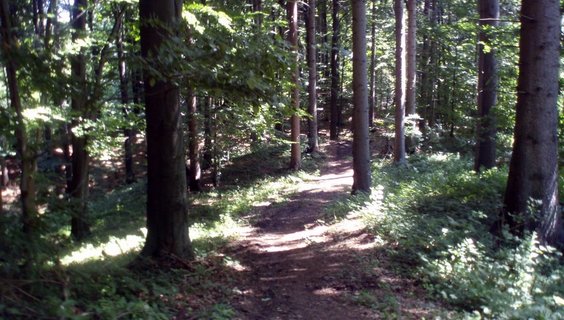 On the narrow outcropping of the Štiavnica Mountains, sometimes reffered to as Brezový Castle, there are the ruins of Žakýlsky Castle. It is one of the least known castles. Žakýlsky Castle was founded at the turn of the 12th and 13 century. The castle was probably used to protect the mining towns of Central Slovakia and transport between them.

The castle complex consisted of two main parts defined by a stone wall. The still visible remains of the castle include two rock-cut adits, which are approximately 6 and 20 m long, heading under the courtyard and tank of the castle core.

Most ruins today are covered with vegetation and relatively difficult to identify, as the ruins of the castle coincide with the surrounding nature. Nevertheless, this place is a very pleasant location for undemanding tourism. In addition to beautiful views, you can also look forward to the charming Lake Žakýl - a small lake located north of the castle hill.

The ruins are about 2 km long marked hiking trail from the village of Podhorie and longer routes from the surrounding villages.

You may need some: accommodation district Banská Štiavnica

Nearby things to do at Ruins of Žakýlsky Castle

In the enchanting environment of the Protected Landscape Area of Štiavnické vrchy, in the immediate vicinity of the village of Podhorie, lies the only mountain lake of th...

Quarry in Banská Štiavnica is known worldwide for its rich occurrence of minerals of various types of quartz, iron and titanium. For families with children, school classe...

Sklené Teplice is a well-known spa town situated in a warm embrace of the rugged Štiavnica Mountains.

The Banská Štiavnica Calvary is an inherent landscape element of this town. It is built on a hill, making it visible from almost every point in Banská Štiavnica. The Calv...

The Sklené Teplice Spa lies at the foot of the Štiavnica Mountains in the beautiful idyllic wooded valley, through which the Teplá stream flows. The spa area is full of r...

The Botanical Garden in Banská Štiavnica is located in beautiful surroundings on the adjacent grounds of the former building of the Mining and Forestry Academy, founded i...