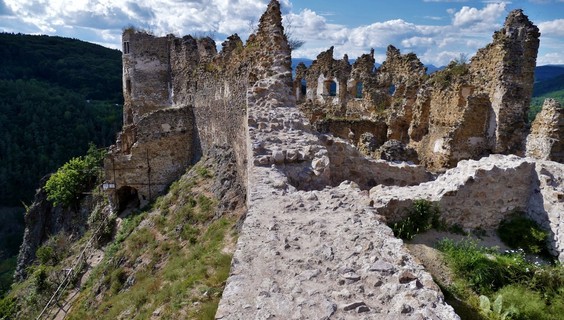 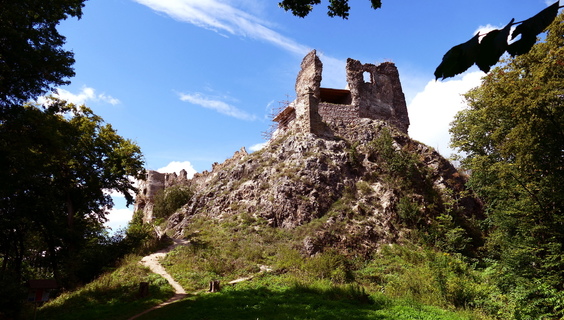 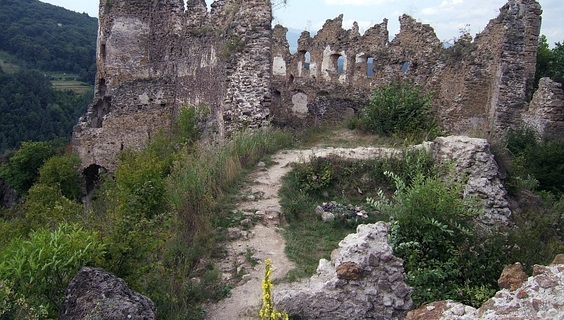 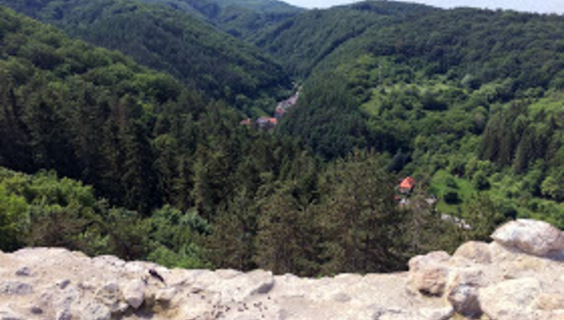 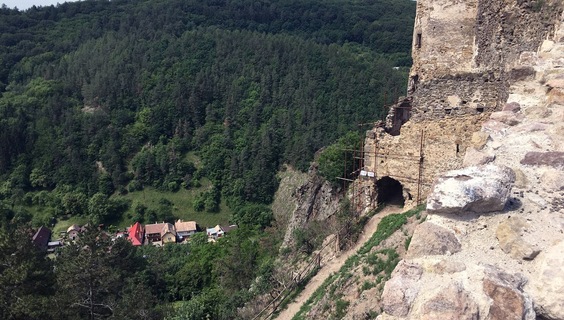 Šášov Castle is built on a high cliff above the Hron River, on its left bank, in the northern part of the picturesque Štiavnica Mountains. It is unmistakable - it can be easily seen from the road from Žiar nad Hronom to Zvolen.

According to historical sources, it was built in 1253 by brothers of the archbishop of Esztergom - Peter and Vincent Vanchov. Together with Revište Castle, it protected the passage and the way to the mining area, especially to Banská Štiavnica. In the time of Gothic and Renaissance, it often changed its owners.

Šášov Castle was plundered by the Tököli uprising in 1677. Since then, the castle has become desolated and only ruins remained.

A walkway from under the castle rock across the forest leads to the castle, which is initially steeper, later somewhat lighter. The ascent is short, takes only 15 to 20 minutes and is also suitable for families with children. From the castle, there are beautiful views of the Hron River and the Šášovské Podhradie Valley.

You may need some: accommodation Žiar nad Hronom 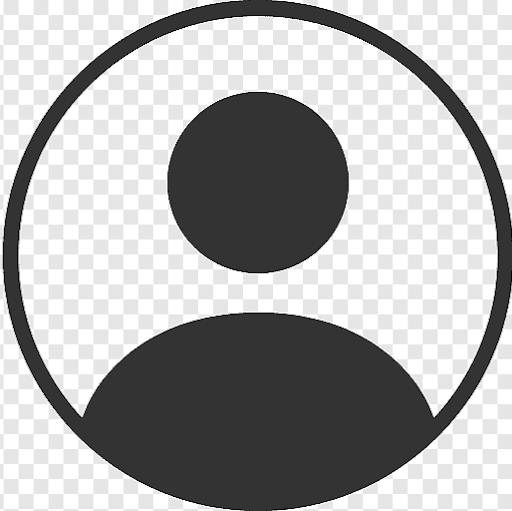 Nearby things to do at Šášov Castle

The summer beach swimming pool in Žiar nad Hronom is located on the edge of Štefan Moyses historical park. Visitors especially appreciate its pleasant environment and the...

Above the town of Žiar nad Hronom, there is a low, but very popular mountain, which is called Šibeničný Hill (Gallows Hill). It is a place where the locals walk if they w...

You can experience the fascinating space theatre in Maximilian Hell's Observatory and Planetarium in Žiar nad Hronom. The observatory is mainly focused on the Central Poh...

The swimming pool is currently CLOSED due to reconstruction.

In addition to the summer swimming pool, the town of Žiar nad Hronom offers to the public an indoor swimming...

In the forests above the village of Lehôtka pod Brehmi, there are the Kapitulské rock cliffs formed by rhyolite lava. Active lava flow created remarkable rocky hills, sea...

The massive wooded hill Demian lies in the northern part of Štiavnické Hills. Its massive slopes are bordered by the village of Hronská Breznica. The hill is of volcanic ...

The Sklené Teplice Spa lies at the foot of the Štiavnica Mountains in the beautiful idyllic wooded valley, through which the Teplá stream flows. The spa area is full of r...

Sklené Teplice is a well-known spa town situated in a warm embrace of the rugged Štiavnica Mountains.