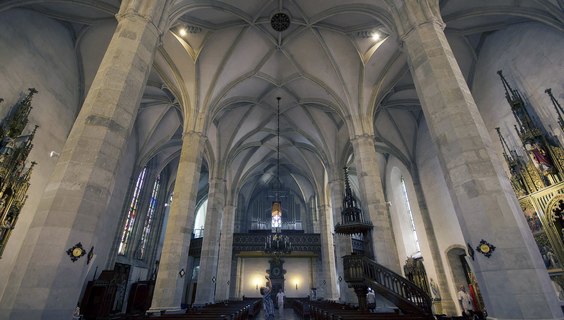 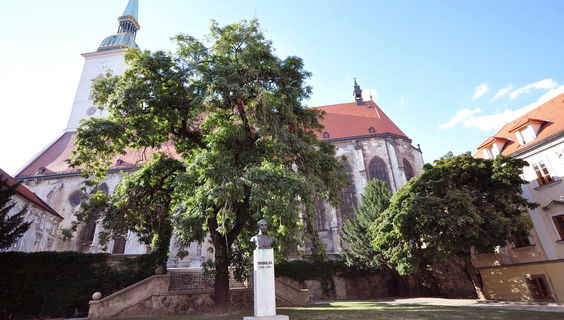 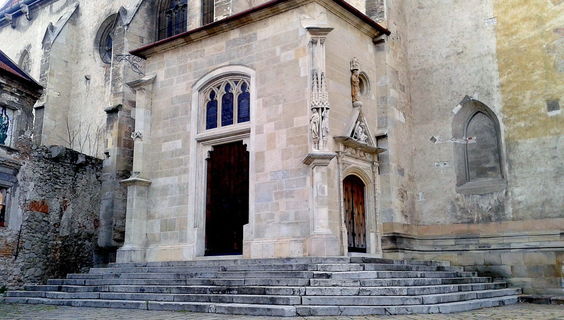 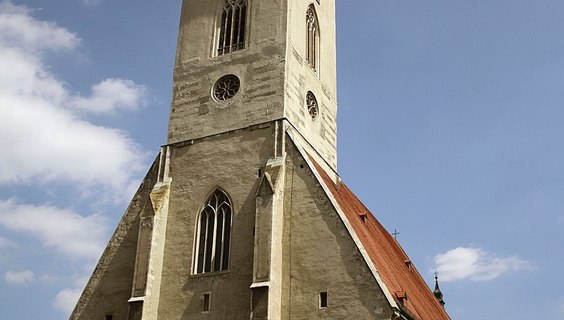 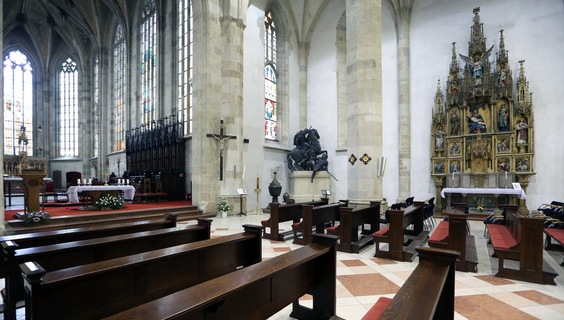 Since its inception, St Martin's Cathedral has undergone several major and minor transformations, reconstructions, or additions until 1877, when the cathedral got its present appearance. There are several chapels inside, while the most valuable is the Chapel of St. John the Merciful. Under the chapel, there is a crypt where the remains of Archbishop Eszterházy are stored.

From the architectural point of view, the most prominent is tower of the cathedral with a height of 85 meters. At its peak, there is a copy of the St. Stephen's Crown, which symbolizes the importance of the coronation temple. In the past, it served as a bastion, as it was part of the city fortifications.

Equally interesting is the interior of the temple, which is decorated with impressive works by prominent artists. The most remarkable works certainly include the sculptural group of st. Martin on a horse that is cast in lead. Significant nobles, ecclesiastical dignitaries and artists are buried in the dome catacombs.

Visitors can view the cathedral throughout the year in addition to liturgical celebrations and concerts taking place in the cathedral. The current opening hours as well as the amount of the admission price list can be found on the website of Parish of St. Martin.

Nearby things to do at St Martin's Cathedral

Discover Bratislava by the period tourist train called Prešporáčik. Experience a scenic ride around the Castle circuit. You will learn about the history of Bratislava the...

Whether you are an art expert, a collector, or just a casual passer-by, every visitor is welcome in a unique gallery in the centre of Bratislava.

Let yourself be carried away to exoticism. Forget all worries and problems and get to the hot Thailand. Thanks to the proficient hands of masseuses, aromatic oils, a plea...

The luxury that you and your better half deserve! Treat yourself to pampering with a couple massage and discover the magic and effects of coconut oil. Dazzling aroma, ple...