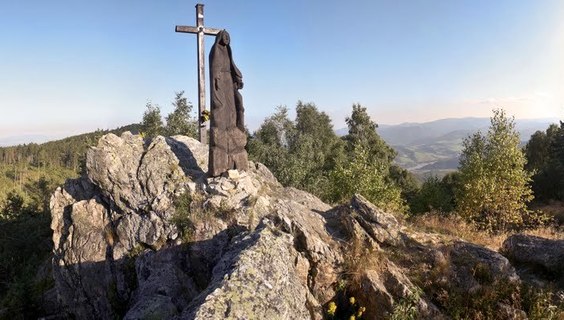 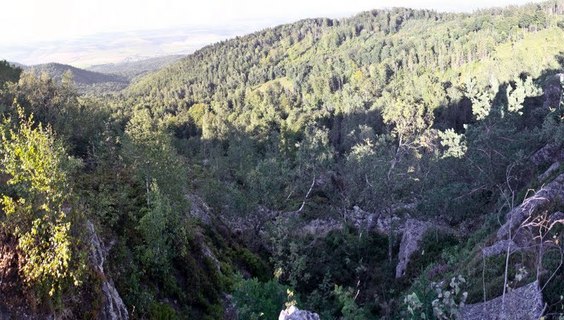 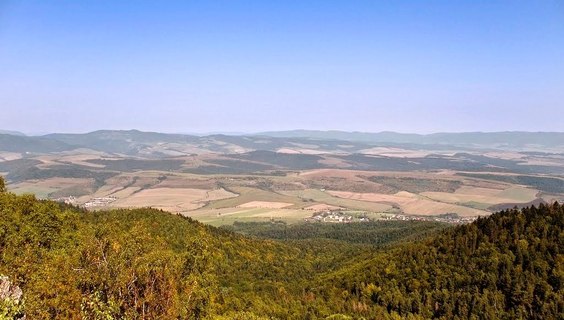 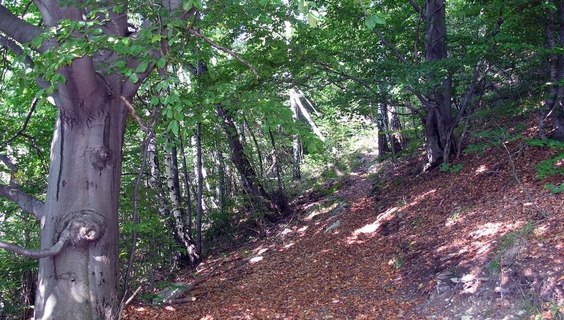 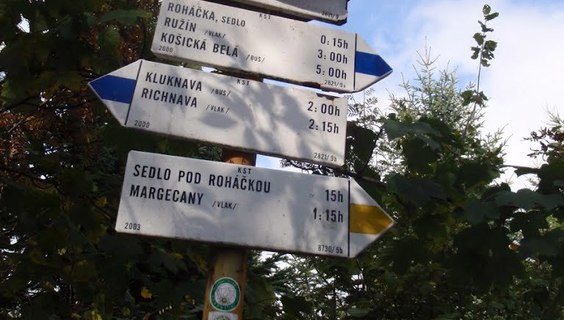 Not far from the three East Slovak villages - Margecany, Kluknava and Klenov - there is the Roháčka Hill, also called Talafús Hill. It is one of those hills that will not give you views, but your head will be soaked by incredibly beautiful hiking in its dense forests full of the most amazing sounds of nature.

The Roháčka hill is often visited by tourists. On the top, which, like the slopes, is covered with beech-oak forests, there is a signpost with a metal box with a top book.

The northwestern slopes of the Roháčka hill are more attractive, thanks to the belt of rocky boulders, small rocks and massive scattered rocks and boulders. Together they form a dominant rock massif called the Spilled Rock.

In contrast to the top of Roháče, you can enjoy beautiful views of the wide surroundings from Spilled Rock. The top of the Spilled Rock is also decorated with a wooden statue and a cross.

Access to the hill Roháčka is possible from all three mentioned villages along tourist marked paths. The nearest is from Margecany or Klenov, from where the route is about 4 km long.

You may need some: accommodation Margecany

Nearby things to do at Roháčka Hill and Spilled Rock

The small village of Hrabkov boasts of a rarity that testifies the exclusively marine origin of the surrounding countryside. In the middle of the fields in the southern p...

About 35 km from the city of Košice, there is a Ružín Dyke lying on the Hornád River - one of the longest and deepest dams in eastern Slovakia. Located in a mountainous v...

Once upon a time, there was a good gobblin Mikluš, living somewhere in the middle of a magical forest. Obviously, these are words with which you could start your adventur...

Dunite Rockwork is a nature reserve in Sedlice with a rare occurrence of dunite rock (olivinite). This creates conditions for the occurrence of rare plants and animals. I...

Beautiful nature, rugged landscape, tranquility and beautiful views - these are the perfect attributes of the Ružín area and its surroundings, which attract to take small...

A charming architectural building in the historic center of Gelnica is the Old Town Hall with its majestic Baroque tower, which now houses the Mining Museum of Gelnica. T...