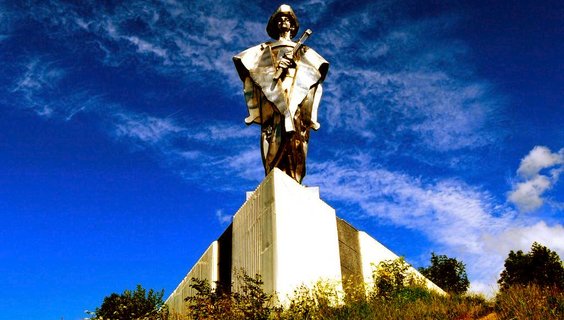 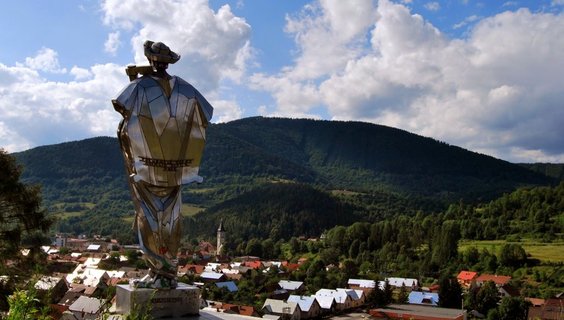 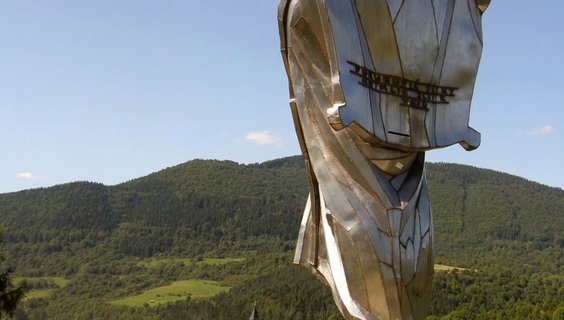 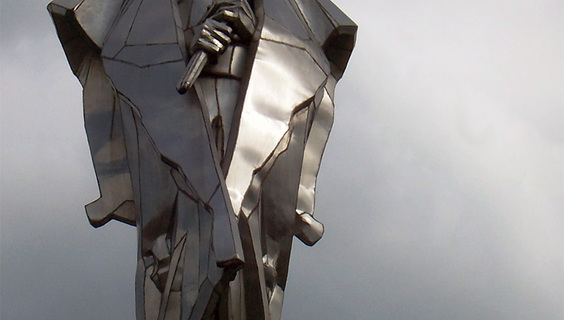 Where else would you look for a magnificent statue of the most famous Slovak brigand, if not on his native heath, in Terchova? Every tourist who goes through this place must see its dazzling beauty from a distance.

The monumental statue of the folk hero and brigand Juraj Jánošík is seven and a half meters tall and is made of steel (stainless steel). It was unveiled on the occasion of the 300th anniversary of Jánošík's birth in 1988.

It is located on the hill of Vŕšky, by the road that goes to Vrátna Valley. It is part of the memorial that Terchová inhabitants built for their famous native. The statue is in fact spectacular and rises above the village as if the spirit of Jánošík was still watching over the people of Terchová. Several well-trodden footpaths from the village lead to the statue.

If you go to the surroundings of Terchova during the summer months, do not forget that Jánošík's Days - a folklore festival with international participation - is held every year at the beginning of August.

You may need some: accommodation Terchová

Nearby things to do at Stainless steel statue of Jánošík

Terchovec is a small water park with year-round operation. It is located in beautiful surroundings in the heart of Terchová, which is the gateway to Little Fatra.

The village of Terchová in dispersed type of settlement is not only the birthplace of Juraj Jánošík, the cradle of folklore and a place full of virgin nature. It's also a...

The village known for its history connected with folk hero Jánošík offers many attractions for tourists. One of them is wooden nativity scene. But this nativity scene is ...

The village of Terchová is an important Slovak pilgrimage site where Saint Cyril and Method days are held annually. That is why a calvary was built on the hill. The one i...

Terchová
0.7 km
Exposition of Jánošík and Terchová
Museums and history

The village of Terchová is the birthplace of the most famous Slovak brigand Juraj Jánošík. The museum exposition dedicated not only to Jánošík but also to development of ...

Escape room, in a time limit of 60 - 90 minutes, brings you a unique experience that you will not soon forget. This Terchova's one is unique in its story about Juraj Jáno...

If you are going to Little Fatra, you should definitely not miss the most attractive valley in this area. It is the valley of Tiesňava (The Gulley), which creates a charm...

The older generations would surely remember the legendary movie Jánošík, where the outstanding actor Paľo Bielik was starring. In those times, the film props of the gallo...