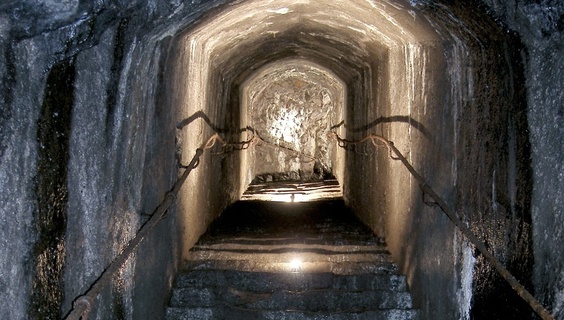 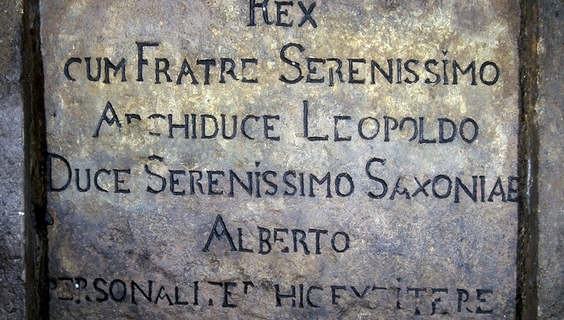 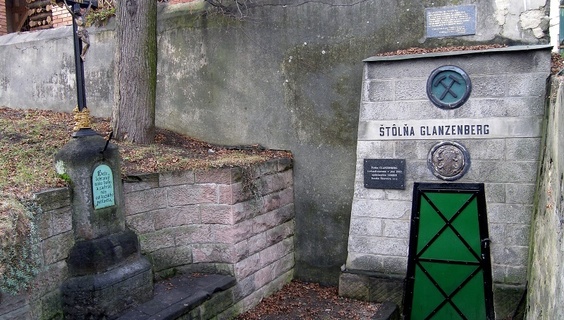 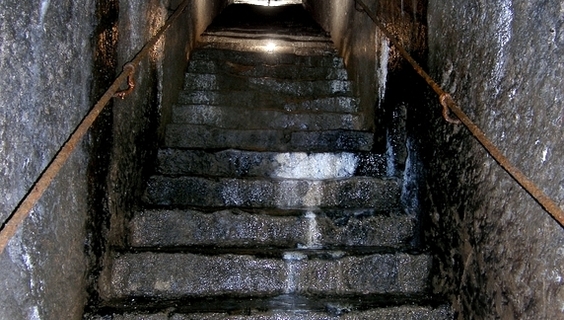 The history of the town of Banská Štiavnica is closely connected with mining of mineral resources as well as ores of precious and nonferrous metals. This historic and formerly free mining town emits the spirit of mining and extraction to this day.

One of the mines, which has been regularly and actively mined, and which has been fully preserved to this day, is the hereditary gallery Glanzenberg. The oldest written mention of the quinces dates back to 1560 and played an important role in the early days of the mining of gold and silver ores on the Špitaler dike below the Glanzenberg hill.

It is open to the public in a 500 m length and a 32 m depth. The accessible part ends at the Kaufhaus shaft, where the so-called imperial stairs are carved into the stone and connect it with the lower "Horná Svätorojičná" mining gallery.

In 1751, Francis Stephen of Lorraine himself visited the Glanzenberg tunnel. In his honour, a plaque was built in the side wall. Other commemorative plaques were gradually added in this area in honor of important rulers. The last of them was Emperor Franz Joseph I.

The entrance to the tunnel is at an altitude of 560 meters near the park and Pension Kachelman on Kammerhofská Street. The approximate length of the tour is 90 minutes. Visitors receive a coat, helmet and flashlight before entering.

Nearby things to do at Glanzenberg Mining Gallery

0.1 km
School in the museum
Other attractions

You know the school in nature and certainly many of you have attended it. But have you ever attended a school in museum? You don't have to be a child to come here. Slovak...

The Botanical Garden in Banská Štiavnica is located in beautiful surroundings on the adjacent grounds of the former building of the Mining and Forestry Academy, founded i...

The Slovak Mining Museum is the only one of its kind in the territory of Slovakia. It was founded in 1964 by the fusion of the City Museum and the State Mining Museum Dio...

One of the most fascinating expositions of Slovak Mining Museum is certainly the Mineralogical Exposition located in the national cultural monument of the Berggericht - a...