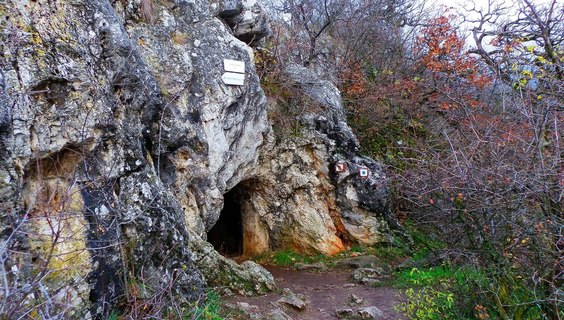 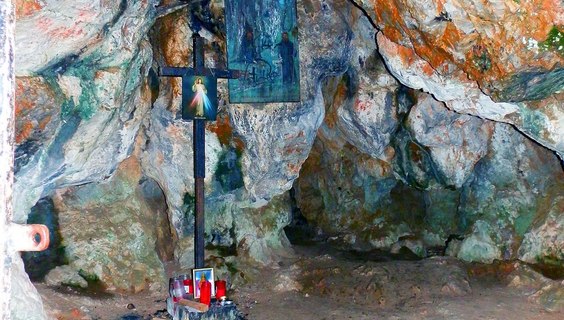 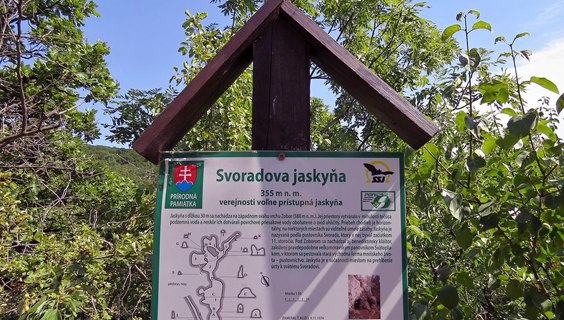 The oldest known cave of Nitra is the one, which is located on the western tip of the rather low peak of Zobor. Its name is Cave of Svorad. It got its name, as well as the nearby healing spring of Svorad, according to the hermit Svorad, who came to Nitra and entered the Benedictine Order. According to legend, Svorad led a hermit life in this particular cave.

Svorad's Cave is actually a smaller cave system. A detailed survey was carried out in 1974. In the surface opening of the cave, there has been a stone altar of St. Svorad for centuries. An artificially adapted entrance opens into a 6.5 m entrance hall. If you look up, you will see a 4-meter-long vertical chimney in the ceiling, tapering to a tiny joint.

The northern part of the cave continues through a narrow corridor 2 m long, which leads to another smaller space. There are surface karst formations, the so-called grikes. It is also possible to admire various cracks in the limestones modeled into various shapes by rainwater.

Svorad's Cave is accessible by a marked hiking trail from Nitra, from the bus stop of the Medical Institute Zobor. It is an easy, approximately 400m long walk, which can be managed by people of all ages.

Nearby things to do at Svorad's Cave

In the 9th century monks - Benedictines established the monastery of st. Hippolytus in the valley below the hill Zobor. When the Nitranians went to this place, they said,...

Zobor Hillfort is the oldest and most extensive monument near the city of Nitra. It is also a national cultural monument.

The hillfort s bordered by a defensive wall, al...

The beautiful and unique landmark of the city district of Nitra - Dražovce is undoubtedly the Dražovce church, also called the Church of St. Michael the Archangel from th...

If you find yourself in the vicinity of the city of Nitra and have a sunny day, you should definetely pull out your boots and hike to the not very high hill of Hôrka, whe...