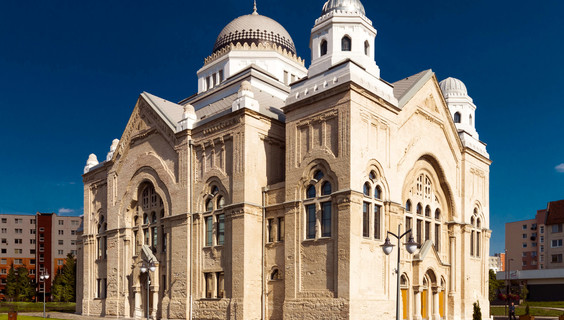 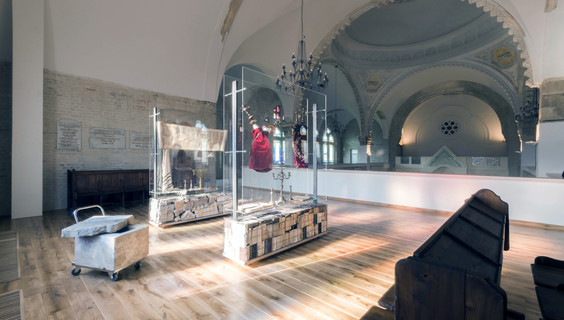 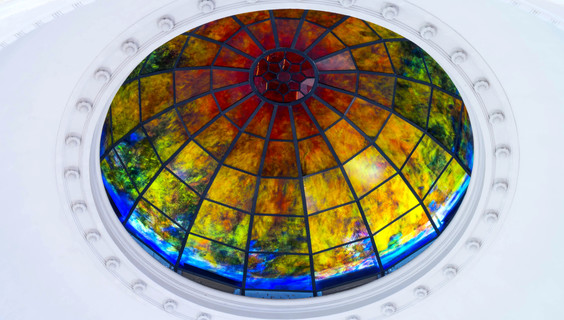 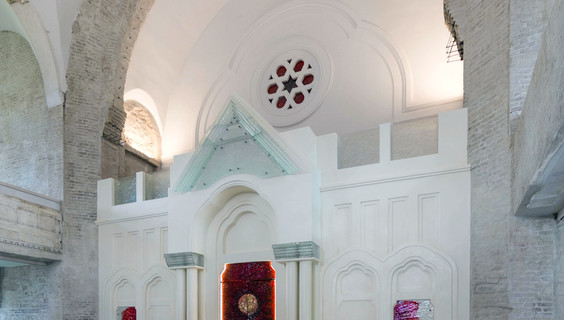 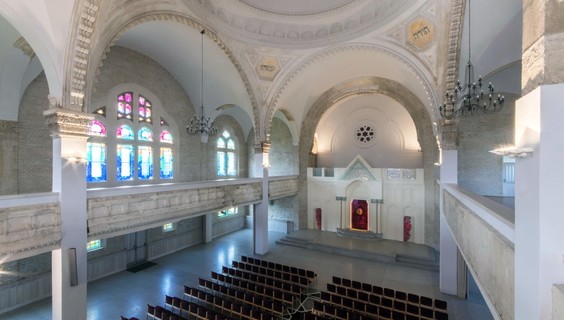 One of the most fascinating architectural buildings in Lučenec that emits the spirit of history is the building of a neologic synagogue built in Art Nouveau style. The synagogue is the work of the Hungarian architect Leopold Baumhorn and dates from 1924 - 1925.

It is interesting that the synagogue in Lučenec is one of four identical synagogues in the world, the other three are located in Amsterdam, Brussels and Tel Aviv. The synagogue served its purpose until 1944, later it was used only as a warehouse. The synagogue has been decaying for many years. However, it was reconstructed in 2014 - 2015 and is open to the public.

The surroundings in front of the synagogue are aesthetically modified, the inhabitants of the town as well as visitors can sit and contemplate on the benches located in front of the synagogue during warm days. Beautifully decorated interior together with expert commentary can be enjoyed by trained lecturers who will accompany you during the tour. There is also a permanent exhibition of the Jewish cultural heritage in Lučenec.

The town of Lučenec also uses the building of the synagogue for various cultural and social events or for ceremonies and marriages. The synagogue is open to visitors throughout the year. Opening hours are adapted to the current season.

You may need some: accommodation Lučenec

Nearby things to do at Synagogue in Lučenec

0.4 km
Museum and Gallery of Novohrad
Museums and history

In the very historical center of Lučenec, there is a monumental building of the former county court. Today, this beautiful historical building is the seat of the Museum a...

The municipal swimming pool in Lučenec is among the locals, despite the larger surrounding resorts,a very popular and popular summer swimming pool with a pleasant atmosph...

The edge of the town of Lučenec gets its finishing touch with the vast water surface of the Ľadovo Water Dam, which originated on the Tuhár stream. Nowadays, there is als...

Novolandia Thermal Pool is located in Rapovce, 7 km from the district town of Lučenec. The thermal water here has a unique composition similar to sea water - it is salty,...

In the mountain environment of the village of Mučín, nature has been creating a small but remarkable cave for 19 million years. The uniqueness of the Mučínská Cave lies i...

The traditional family farm in the south of Slovakia is situated in the beautiful surroundings of Julova Valley. It is located near the village of Pleš. The area is large...

The village of Ľuboreč has many attractions, monuments and historical artefacts. In the forest behind the village, there is a mysterious, ancient place, which has become ...

The building of the city reduta in Fiľakovo was built at the turn of the 19th and 20th centuries. Since then, it has become a center of social and cultural events in the ...