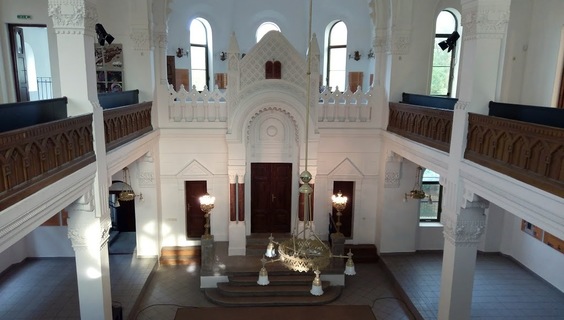 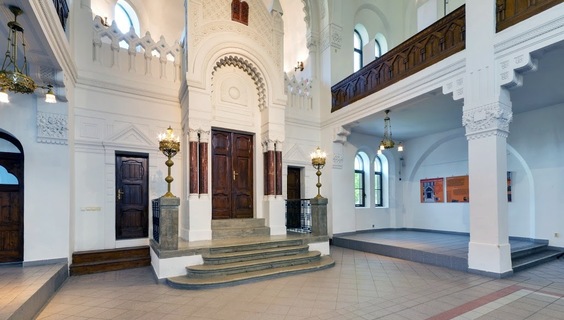 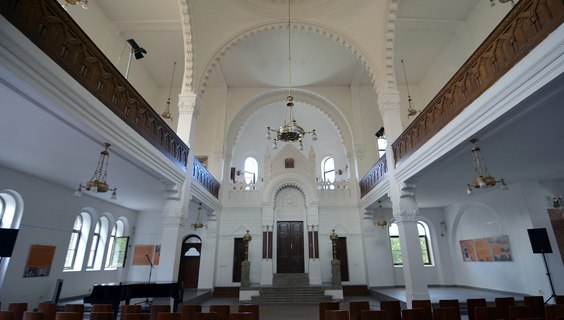 A valuable architectural monument of the city of Nitra, which is also one of the most beautiful of its kind in Slovakia, is the synagogue building. Built in Moorish-Byzantine style, the Nitra Synagogue is set in a narrow street in the city center. Construction of the building began in 1908 at the request of the Nitra neologic religious community and was completed in September 1911.

The beautiful eclectic sacral building is decorated in exterior as well as in interior with fine details of Oriental architecture. The square hall of the synagogue is open to a dome that rests on four pillars and at the same time supports the storeyed emperor. The central space of the house of prayer is the ark, which is now without sacraments. It was in the archives that the most precious and most important object - the Torah scrolls - was kept.

At present, the synagogue serves primarily as a concert and exhibition hall. It offers a unique space for various cultural events, chamber concerts, theater performances, literary evenings and exhibitions.

There is also an exposition of the prominent artist Shrag Weil, whose graphics are valuable mainly in terms of themes, as his work is dominated by elements of biblical and Jewish tradition. On the floor of the synagogue, there is an exhibition of the Holocaust.

Nearby things to do at Synagogue in Nitra